Killing Eve star Sandra Oh has said she did not consider herself a leading lady before landing the part of Eve Polastri in the hit spy thriller.

The 47-year-old actress admits she was stunned when her agent told her she had secured the leading role and reveals the news felt like a "shard in my heart".

Previous to her turn in the cat-and-mouse drama, Oh was best known for appearing as Cristina Yang in US medical series Grey's Anatomy between 2005 and 2014.

Oh said she "just couldn't see it" when her agent told her she had been chosen to play the British intelligence agent in the BBC America production.

Speaking to Marie Claire magazine, she said:  "I was like, 'What's my part?' When my agent said, 'You're f***ing Eve,' I just couldn't see it. I couldn't see myself in a leading role... 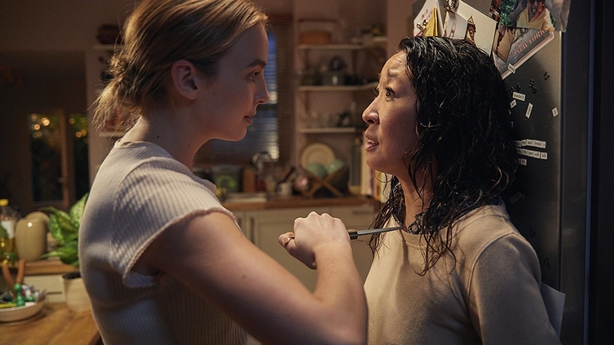 "It's like a f***ing shard in my heart (that I felt that way) because we work really hard, love what we do and understand how important it is to be visible and to see ourselves, right?

"But to catch myself in a moment where I'm not (doubting myself) is still really difficult."

She also told the publication finding fame for a second time in middle-age had a "deeper meaning".

"I'm grateful that it's happened at 47, because I've done enough work on myself to really experience it. And then, too, it just has deeper meaning for me."

Oh also said she was content without children and that she felt fulfilled in her role as aunt.

"I went through that period, I'd say in my mid to late 30s into 40, where it was like, I make a great living and I could do this (have children) on my own, and I didn't," she said.

"I have an extremely fulfilling life as an aunt, not only to my nieces and nephews but also to a lot of my friends' children."

Killing Eve returns for second season on June 8 at 9.15pm on BBC One.