Musician Moby has cancelled all his upcoming public appearances after being criticised for claims he made about actress Natalie Portman in his autobiography.

A message on his website said the US electronic music producer had scrapped "all upcoming public appearances for the foreseeable future".

Moby was scheduled to appear at the Hay Festival on June 1 as well as the Manchester Literary Festival, Earth London and Dublin's Liberty Hall to discuss his book. 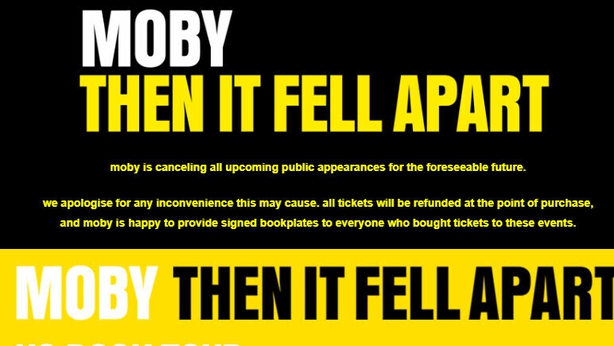 In his new memoir Then It Fell Apart, Moby, 53, alleged that he met Portman when she was 20 and that they dated briefly.

Portman said that she remembered their relationship differently, telling Harper's Bazaar UK online that "there are many factual errors and inventions" in his writing.

The actress, 37, told the outlet she remembered a "much older man being creepy with me when I just had graduated high school".

Moby initially fired back at her comments, saying that he was "confused" at her denial over a relationship with him, insisting that they did date.

He wrote: "I want to apologise again, and to say clearly that all of this has been my own fault.

"There is obviously no one else to blame but me. Thank you and I'm sorry."