David Tennant says he ''wasn't coping at all'' after finding fame on Doctor Who and says he sought therapy to help him manage his anxieties.

The 48-year-old actor, who landed the iconic role of the Doctor in the hit running BBC sci-fi show which he held from 2005 to 2010, has revealed he was incredibly overwhelmed by the reaction he received from the show.

"The way you imagine it's going to be is not the way it is at all. It's much more exposing, and the imaginative leap you've had that it will give you status or make you invulnerable is all wrong. It makes you very vulnerable, and very raw," he told The Sunday Times magazine.

''I remember way back, when I'd be in a room and someone well known would walk in, and there's that sort of whisper goes around the room and everyone looks. And you imagine being that person is somehow powerful."

''When you are that person, you walk into a room and everyone turns their head and whispers, and you feel like you're being squashed. You feel intimidated, and you feel scared, actually.

''[I] wasn't coping at all, [so I sought help from] a very lovely older lady who was very calm and normal and just helped me cope with it.'' 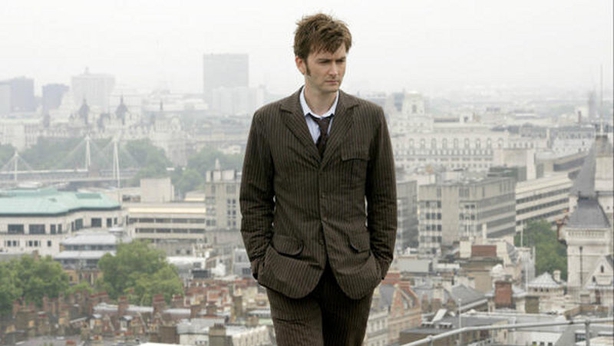 The Good Omens star admitted he's suffered with anxiety since he was just 10 years old, but believes the symptoms to be ''classic'' for an actor.

''I've always had insecurity, a lack of self-confidence, which is classic [for an actor]. It's why you like dressing up and pretending to be someone else.''