There was delight at the BAFTA Television awards for Irish actress Fiona Shaw, as she took home the best supporting actress award, while Sally4ever took the best scripted comedy award ahead of Derry Girls.

The brilliant Fiona Shaw wins the Supporting Actress BAFTA for her role in @KillingEve ???? #BAFTATV pic.twitter.com/Vw7JOjBdSy

Supporting Actress winner Fiona Shaw describes her role as Carolyn "One of the greatest pleasures of my life." #BAFTATV @KillingEve  @BBCOne  @BBCAMERICA pic.twitter.com/AwytHRVn6U

The role was "probably the greatest pleasure in my life", she said, and added that she was indebted to the show's writer "for life".

Clutching the BAFTA mask, she said: "All I can say is 'look, Phoebe, both hands - extraordinary'." 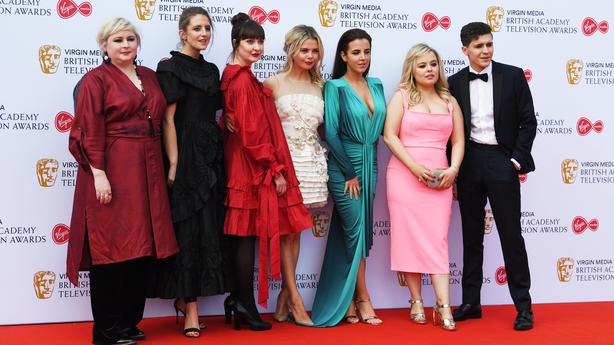 The cast of the hit show, which has recently been renewed for a third season, were all in attendance at the ceremony.

Despite not coming away with the award, Nicola Coughlan, who plays Clare, was in good spirits.

We didn’t win a @BAFTA but we did look like a pack of rides ?? pic.twitter.com/DEwGnrlsEZ

The Channel 4 comedy based in Northern Ireland during the Troubles has been a runaway hit since it kicked off in January last year.