This week's Late Late Show line-up has been announced, with Kodaline and Stefanie Preissner among the guests.

Kodaline will be in studio chatting to host Ryan Tubridy ahead of their Dublin shows later this month, and they will be providing some musical entertainment with a performance of their catchy track Brother.

Stefanie Preissner will be discussing the ideas in her new book Can I Say No? which explores why saying the word no is such a difficult thing to do. She will be talking to Tubridy about how we've lost the ability to say no and how, by reacquainting ourselves with this two letter word, we can go on to live happier, less stressful and more fulfilling lives. 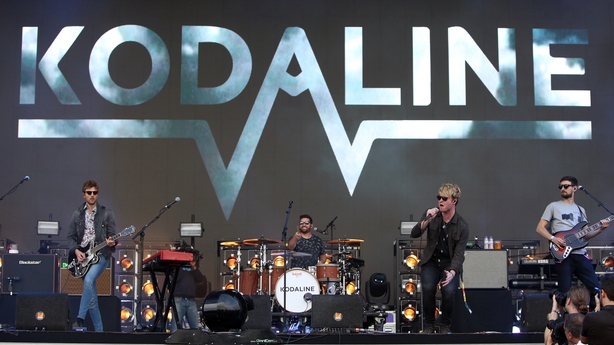 It was the longest running murder trial in Irish criminal history which gripped the nation for 13 weeks, and on Friday night Bobby Ryan’s children Michelle and Robert will join Tubridy to speak about their father and the sentencing of Patrick Quirke.

With just under a month to go until the Leaving Certificate begins, Tubridy will catch up with 6 students from around the country who are currently preparing for the exams, and will find out about the stresses, pressures, and ups and downs facing Irish teenagers.

We’ll also have the first Late Late Show birth as we meet the robot being used to teach medical students about the process of having a baby, and music will be from SYML.

Tune into RTÉ's The Late Late Show on Friday night for your chance to win your shopping for 2 years with €10,000 in Aldi vouchers AND a €10,000 cash prize to spend however you please!