Jodie Comer has said she has seen a ''shift'' in her levels of fame since starring in Killing Eve and admits she never gets approached romantically because of her on-screen character.

The 26-year-old actress, who plays assassin Villanelle in the hit BBC drama, has said that while she hasn't seen a ''drastic change'' in the number of people who approach her on the street, she does now get ''strange men'' who wait for her at airports.

Speaking to The Sunday Times newspaper, 'Do you know what? It's not a drastic change, but there's definitely been a shift.'

''[I had a] really weird experience [recently]. I got to the airport, it must have been half two, and there were ... men waiting for me to sign things.

"They'd been following us around doing press during the week. Whoa. When does it become normal for strange men to be waiting for you at the airport?'' 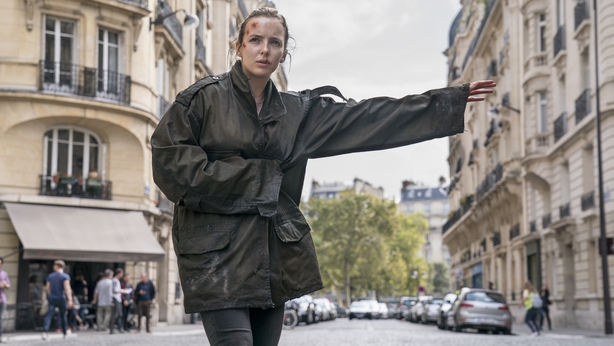 Comer joked her love life hasn't picked up, and blames her lack of romantic interests on the fact that she stars in Killing Eve as a ''psychopath''.

She joked: ''Oh, zero, darling, zero. I don't know if it's particularly because I've played a psychopath. I really don't get approached at all. Which is fine. I'm never in one place long enough.''

Last month it was announced that the hit TV drama has been renewed for a third series.

ANNOUNCING: @BBCAMERICA has renewed #KillingEve for a third season! pic.twitter.com/4EcJzBCSjv