The battle at Winterfell is a lot to process, but the episode, entitled The Long Night, is up there with Game of Thrones’ finest.

Spoilers for anyone who has not seen the episode!

I have finally stopped shouting ‘oh my God’ at my tv long enough to take stock of what went down. It’s a lot.

With Miguel Sapochnik back in the director’s chair - he brought us The Battle of the Bastards, Winds of Winter, Hardhome and The Gift, all spectacular moments from the series - it was bound to be something special, and wow did he deliver yet again. He will return for one more before the show draws to a close.

This was monumental for Game of Thrones. The living against the dead. A moment that has been building up across eight seasons. A moment I feared wouldn’t actually live up to expectations when played out on screen; I shouldn’t have had any doubts, but its scary to allow your hopes to get as high as the stakes.

A tense and ominous opening brought us one last look at our heroes before battle began, showing us where everyone would be specifically during the fight, and begging the question of who will live to see another day. 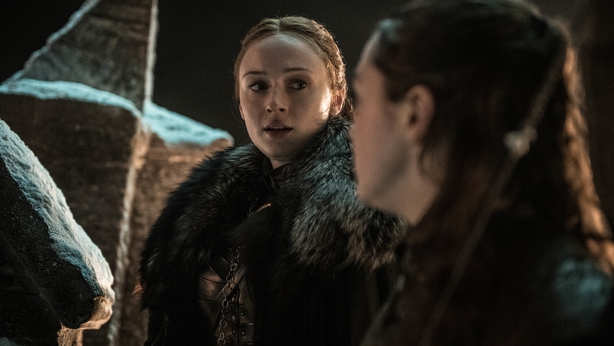 A familiar face arrives in the shape of Melissandre. She said the last time we saw her that she would return to Westeros as this is where she will die, so it seems fitting that she comes back just in time for this. And die, she does, but not before fulfilling her purpose.

Setting the Dothraki swords alight, it seems as though her presence could be a game changer, but when they charge forward and are then extinguished, a sense of hopelessness spreads. The scene was striking to look at, but equally harrowing.

The army of the dead don’t tire, they don’t fight like living armies, they won’t be overcome like men, and for much of the episode it feels as though they can’t be beaten.

As the battle spreads inside the castle walls, we see each of our main characters fighting bravely. A special mention here has to go to Lyanna Mormont. She’s been nothing less than badass since her first scenes on the show, and she went out fighting. She and Arya win this episode - but I’ll get to that other moment shortly.

Every big plan the living had in terms of defence broke down, even the dragons became hindered by an ice storm, and by the time the un-dead Viserion began raining blue fire down on Winterfell, the crypts came to life and the Night King served up another Hardhome-style arising of the dead, I wondered how this couldn’t be the end.

Even Jon, inside Winterfell now on his way to protect Bran, could feel it, literally deciding to face off against an un-dead dragon because what other option did he have. The Targaryen in him coming out perhaps?

On to Arya. What an episode it was for her. Every thing she has been through led to this moment. From giving Sansa a weapon to protect herself with and telling her to "stick ‘em with the pointy end" just like Jon told her back in the pilot episode when he gave her Needle, to fighting like an absolute boss with a weapon inspired by the stick she used to be beaten with while blind in Braavos, to protecting the Hound from a white walker with a well-placed arrow, there were some really great scenes with her. 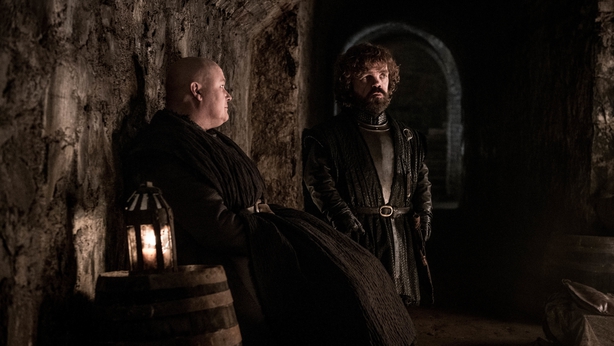 One of the most important was her reunion with Melissandre and the reminder of what she said to her on their first meeting, to paraphrase, "You will close many eyes… Blue eyes." As Melissandre then asks her, "What do we say to the God of Death?" and Arya replies with a defiant "Not today" we are reminded of her sword teacher Syrio Forel.She then leaves without a word or explanation, but with a huge plan.

Just as things are really getting desperate in the God’s Wood, with a very brave and redemptive Theon taking his last stand to protect Bran against the Night King, Arya arrives just in time to attack. At first it felt as though she was a goner when he grabbed hold of her, but then with a quick move, she stabbed him with the Valyrian steel dagger Bran had given her last season. A dagger that was, funnily enough, originally used in a plot to kill Bran.

Then the Night King is no more. He shatters. His army shatters. The dead are done.

Arya's arrival is when I started shouting "oh my God" involuntarily at my tv screen on repeat, while also crying a little bit. The tears didn’t start here though, they started as Jaime, Brienne, Pod and the others looked as though they were about to be killed in battle. The score, and the way the camera panned around to them, was powerful. If they did die that way, it would’ve been fitting, which is why it felt as though it could’ve actually been happening. But not on Arya’s watch. 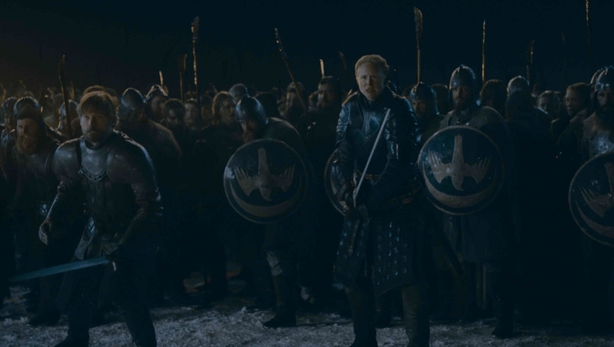 It begs the question though about how much of what happened was already known to Bran. He provided her with the dagger, did he know it would be the weapon to make all the difference? Did he know his sister would save the living world? Or did he just hope that his plan about luring the Night King to him would pay off? The latter seems unlikely, but the former is something that will hopefully be addressed at some stage.

Everyone who died in The Long Night did so valiantly. Lyanna died and took down an un-dead giant with her, Edd took a sword to the back after protecting Sam, Beric sacrificed himself to allow Arya and The Hound to get away, and Jorah died protecting his Khaleesi.

Then there was Theon. He has had an incredible character arc over the course of the show and I’m glad he got to die bravely. I’m also glad that he got to hear Bran say the words, "You’re a good man, thank you." Earlier, Theon had tried to apologise to Bran for everything and Bran referred to Winterfell as being his home.He fought to protect Winterfell, he fought to protect Bran, and he saved Sansa. The old Theon is gone. Reek is gone. He died a man. 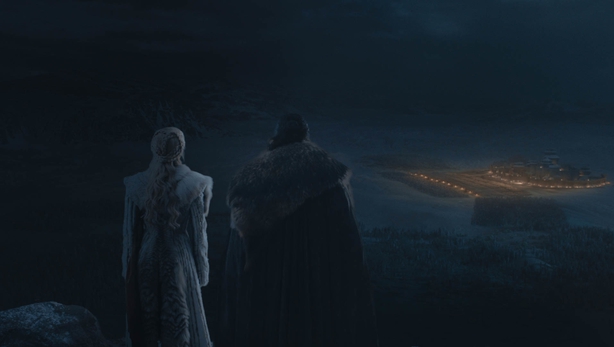 But what of Ghost and Drogon? Ghost was seen lining up alongside Jorah before the battle began, but that was it. Does that mean the Direwolf died in battle? Drogon looked to be overcome by white walkers before taking flight, but I’m not sure if that was him or Rhaegal that lay down beside Daenerys as she held Jorah dying in her arms near the end. Viserion was destroyed along with the Night King, so does this mean there is now only one dragon left in Westeros? Cersei would be delighted.

While the battle was the main event, there was also some great dialogue.

Tyrion and Sansa are a joy to watch together on screen. "You were the best of them," she tells him, and the look of genuine concern that spreads across his face shows how much he really does care for his one-time wife. In case there was any doubt how Sansa feels about Daenerys, she makes it very clear here when she tells him they would never work due to their split loyalties. 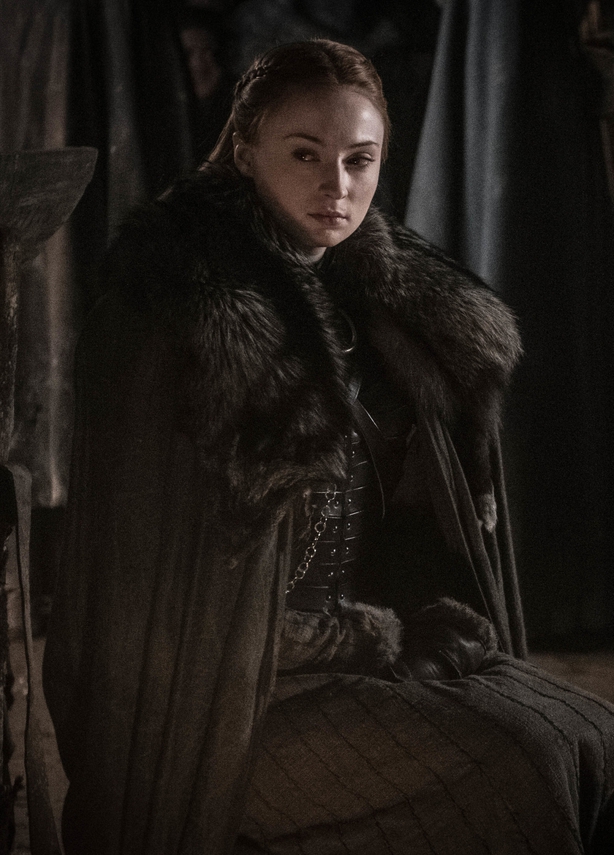 Melissandre and Davos also share some interesting moments, when she arrives she tells him that there is no need to make good on his promise that he would execute her if she ever returned, as she will be dead before the night is over. And she was. When the battle is done and her purpose fulfilled, she walks into the snowy night, removes her necklace to turn into an old woman again, and perishes before his eyes. Davos has seen a lot in his time.

These opening three episodes, which sadly mark the halfway point of the season, work together brilliantly to bring this chapter to a close. This was the first feature length episode of the season and it sure was cinematic.

Next week, attentions will turn to King’s Landing. Now that the dead are defeated the game for the throne is back on.

Game of Thrones continues on Sky Atlantic, Mondays at 2am and 9pm.