Justin Bieber has opened up about his mental health struggles, saying that he is "getting better every day" and "will never stop fighting".

The 25-year-old singer took to social media to tell his fans he is doing well while admitting that it has been the "most challenging season" of his life.

"Getting better every day . . . bouncing back .. I will never stop fighting," Bieber wrote, under a shirtless selfie on his Instagram Story. 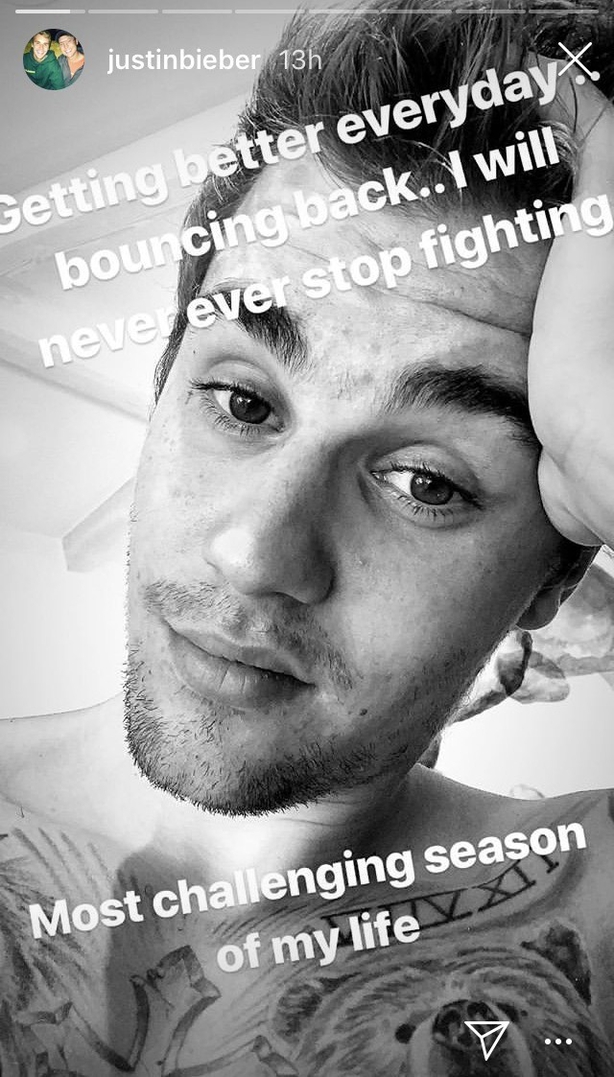 Last month, Bieber said he is focusing on repairing his "deep rooted issues" so that he can sustain his marriage to Hailey Baldwin and be the father he wants to be.

In an emotional Instagram post, he asked fans to pray for him as he was going through a tough time and "struggling a lot".

"So I read a lot of messages saying that you want an album . . . I’ve toured my whole teenage life, and early 20s, I realized and as you guys probably saw I was unhappy last tour and I don’t deserve that and you don’t deserve that," he wrote.

"You pay money to come and have a lively energetic fun light concert and I was unable emotionally to give you that near the end of the tour."

Bieber last went on tour with his album Purpose, but canceled the run in July 2017 after 18 months due to extreme exhaustion.