A group of primary school children moved an emotionally charged David Walliams to hit the golden buzzer for the first time on this year's Britain's Got Talent.

The judge was so moved by the boys and girls of Lancashire's Flakefleet Primary School's rendition of Don't Stop Me Now by Queen.

His fellow judges also gave them a standing ovation. When the golden buzzer was hit, gold confetti descended on the group and the head teacher dressed in a Union Jack onesie broke down in tears.

Walliams told the head teacher: "You're a great teacher. This is your moment."

🌟 FIRST GOLDEN BUZZER OF THE SERIES 🌟 (we're not crying, YOU'RE crying) Flakefleet Primary School have a pass straight to the semi-finals #BGT #BritainsGotTalent pic.twitter.com/On2Vl9oivK

The first episode of the new series of Britain's Got Talent saw McPartlin welcome the children - dressed in an array of costumes including firemen, space rockets, rabbits and dinosaurs - onto the stage to sing Don't Stop Me Now by Queen.

It's the Headteacher of the hour, Mr McPartlin! How's he feeling after getting that Golden Buzzer? 🙌 🎉 #BGT #BritainsGotTalent pic.twitter.com/G8AhzxFiSi

Nine other acts made it through to the next round including the most notable, a ventriloquist who encouraged David Walliams to take off his clothes, a drag queen dressed as the British queen, two Russian brothers who performed a balancing act and a Doctor Who clad singer who was unlucky with his rendition of Bobby McFerrin's Don't Worry Be Happy.

Britain's Got Talent returns to Virgin Media One next Saturday at 9.30pm. 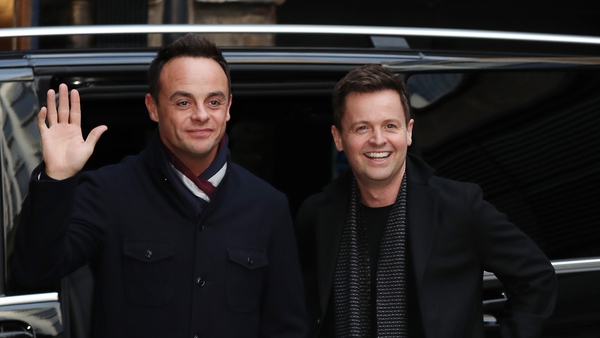