Myleene Klass has admitted that she thought she'd never trust again before she found love with partner Simon Motson.

The 40-year-old singer and radio host is currently five months pregnant with her third child - her first with Motson - and said she would not rule out marrying again. Her ex-husband Graham Quinn left her just six months into their 2011 marriage.

She told Hello! magazine: "Since the day we met, Sim has been incredible. Not in a million years could I have ever imagined this would happen. I never imagined there was a person out there like him."

She added: "I am an old fashioned girl and if we did that [get married] it would be more for the children.

"But I know better than anybody that it is more than a piece of paper and a ring that holds something together.

"It's patience, love, dedication to each other, honesty and having the same morals.

"If I thought he had it in him to walk out on a family or cheat, I couldn't be with him. 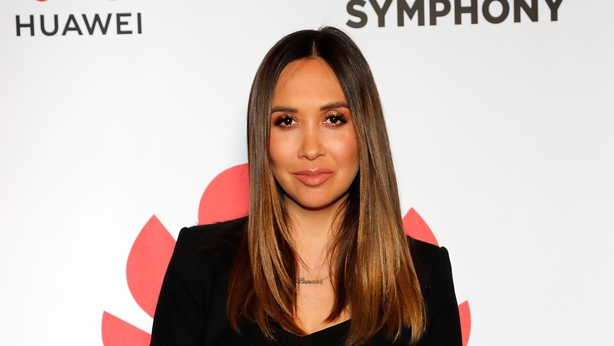 "We are not bound by our pasts. I always thought I would never trust again. But then I met him and I forgot everything I ever said.

"I'm not frightened of anything any more because I've already been through hell and I know I can survive it."

Motson also already has two children from a previous relationship and Klass said: "We look at them all and think how did we plan this?! There are going to be seven of now which is a lot!

"We have come through so much as a family and to think that this is another chapter I had never planned on writing is just magical."

The broadcaster said all the children are excited about the new arrival, adding: "Everyone in the family decided to call the baby Snoop as the working title.

"Our children have a list of names up at home. One of them said if it's a boy they want us to call him Jason Derulo!"

She also revealed her cravings are different to when she was expecting daughters Ava, 11, and Hero, eight.

She said: "With this one, do not put a carb near me! It's just carbs, carbs, carbs! I need pasta and potatoes. It is like marathon training without the marathon."