Father Ted co-creator Graham Linehan has revealed that the first "mini performance" of Pope Ted - The Father Ted Musical has taken place, and he is predicting "a massive West End smash".

Linehan shared a photo on Thursday night of himself, his Father Ted co-creator Arthur Mathews and their musical collaborators Neil Hannon (The Divine Comedy) and Paul Woodfull (I, Keano) raising a glass.

He wrote: "Did our first mini performance of Pope Ted. Started the week thinking we needed to do a massive rewrite, ended it knowing it's going to be a MASSIVE WEST END SMASH."

Did our first mini performance of Pope Ted. Started the week thinking we needed to do a massive rewrite, ended it knowing it’s going to be a MASSIVE WEST END SMASH pic.twitter.com/PstthFfCEn

Details of Pope Ted - The Father Ted Musical were first revealed last June, with Linehan saying the show would be the "real final episode of Father Ted".

"I didn't want to do anything like this until the right idea came along, and when Trump won and Corbyn won I kind of thought, 'Maybe Ted has a chance'," he told BBC News.

"I thought it wouldn't be too much of a stretch. Obviously we're pulling some shenanigans to get him into that position, but I think the shenanigans are entertaining enough that people won't mind."

Father Ted originally ran from 1995 to 1998, with the musical marking the first time Linehan and Mathews have revisited the iconic characters.

"It's like putting on an old pair of slippers and it's lovely to be working with Arthur again," Linehan added. 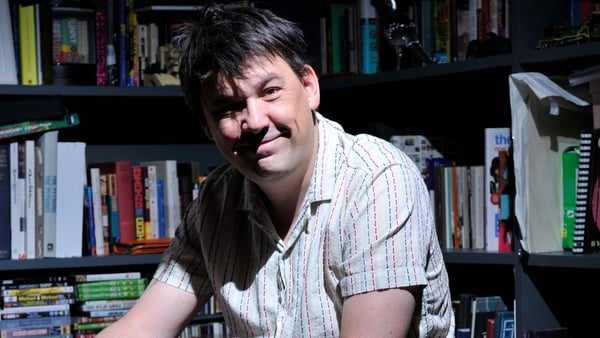 Graham Linehan has received the all-clear after testicular cancer diagnosis