Presenter Mairéad Ronan and her professional dance partner John Nolan have won Dancing with the Stars on RTÉ One, and they told RTÉ Entertainment that it feels "surreal" to be holding the glitterball trophy.

Speaking to RTÉ Entertainment moments after being named the winners of the third series of Dancing with the Stars, Mairéad Ronan said she didn't let the pressure get to her ahead of the grand finale.

"There's no pressure, we had done all the work," she said.

"I really wanted to enjoy tonight and I can honestly say I enjoyed every single dance - even the showdance. I was a little bit nervous before but I thought, 'Feck it, go out and enjoy it'. It was fantastic."

Her professional dancing partner John Nolan added, "Every moment of tonight feels surreal. We made the decision during the week that we knew we had done everything we could, in every aspect. So we said, 'Let's just go out and enjoy every second'. And we did. And then to get this to top it off - I can't believe it."

The couple saw off the challenge of singer Cliona Hagan and her professional partner Robert Rowiński, and actor Johnny Ward and his professional partner Emily Barker to take the glitterball trophy in the show's best finale to date. The result was decided solely on the public vote.

Mairéad Ronan is the first female celebrity to win the series.

Speaking in the studio after the result was announced, she said: "I don't have enough time to say all the things I want to say....this time last year I was sitting in the booth where my family are sitting, I was 20 weeks pregnant...

"I never thought a year later I'd be on the dance floor picking up the glitterball."

The Story of the Night:

On the night, each couple danced three dances: the judges' choice, their own favourite routine from the series and a showdance.

For their showdance finale, singer Cliona Hagan and professional partner Robert Rowiński brought plenty of modern drama and received a standing ovation and a maximum score of 30.

Judge Brian Redmond said Hagan had "saved the best 'til last". "The passion, the aggression, the edginess is something we haven't seen from you before," he added. 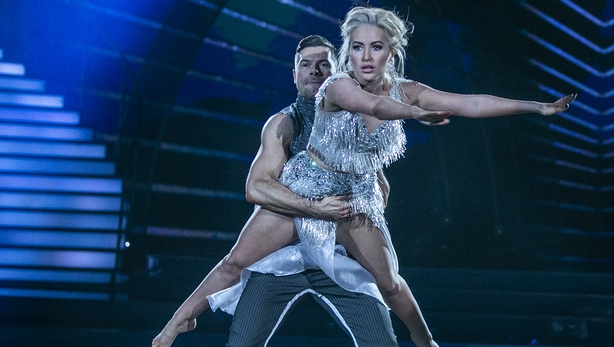 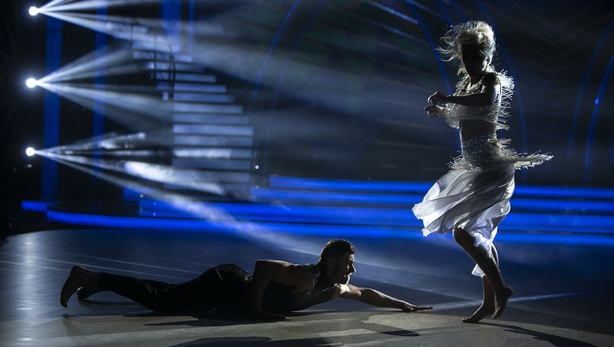 Judge Julian Benson was out of his salute to acclaim the couple and said Hagan "was absolutely on fire". 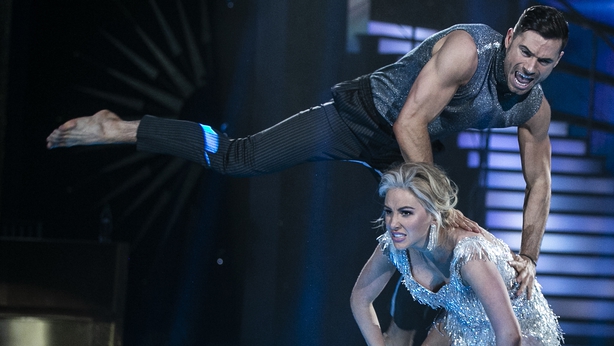 For their favourite dance of the series, Hagan and Rowiński chose the Rumba for a score of 27.

Brian Redmond said the couple had "turned the heat up". 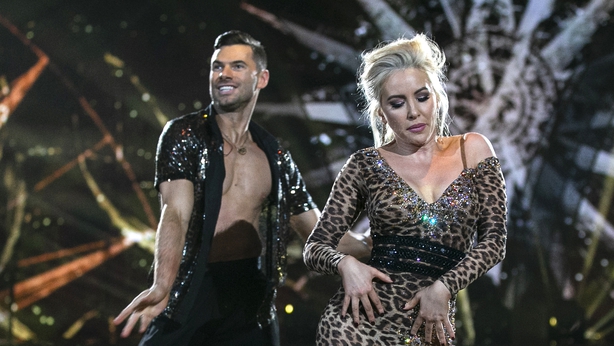 Loraine Barry said Hagan was "the vision of the Rumba", and added that her hip, leg and foot action had all improved. "You're giving it everything tonight," she concluded. 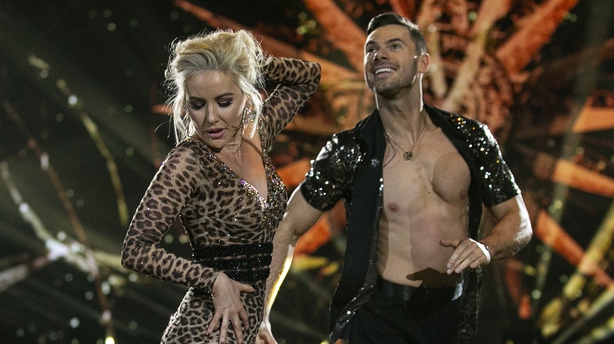 Julian Benson described the dance as "mesmerising". He hailed the chemistry between the couple and said they "brought it to the final tonight". 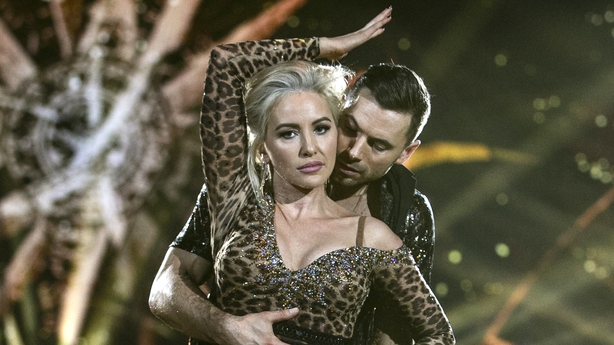 Hagan and Rowiński opened their glitterball bid by dancing their Quickstep from week one of the show for a maximum score of 30 - the first of the night.

Brian Redmond said Hagan had got off to "a great start" and had "certainly delivered". 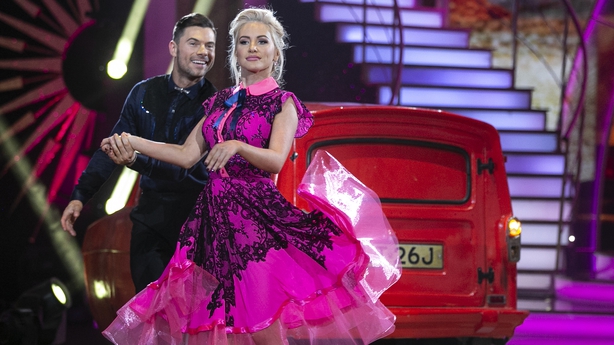 Loraine Barry said the couple both looked like they loved it. "I loved it," she added, "and I think everybody else here loved it too." 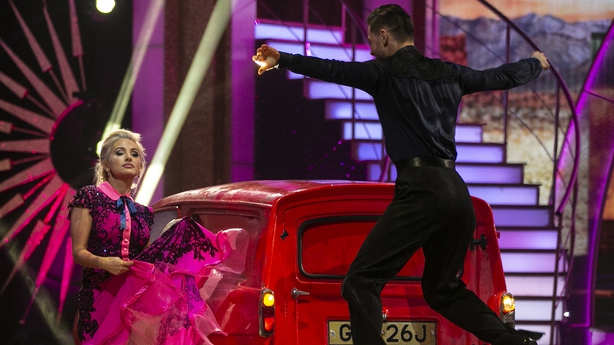 Julian Benson said they had brought "magic to the dancefloor". "I loved it, you delivered again," he concluded. 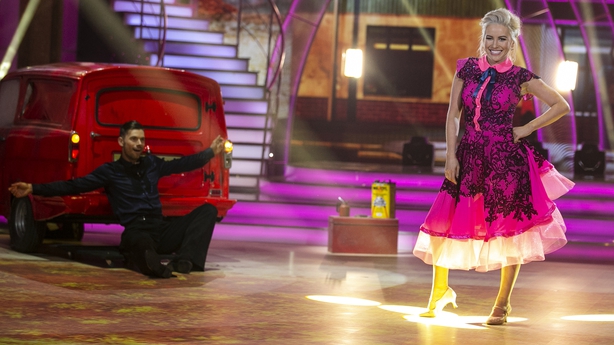 Actor Johnny Ward and professional partner Emily Barker's acrobatic showdance brought the house down, with Ward signing off with another breathless masterclass in physicality and timing - and another maximum score of 30.

Julian Benson said it was the actor's "crowning moment". He thanked Ward for taking part in the series. "Showbiz aside, I loved watching you," he said. 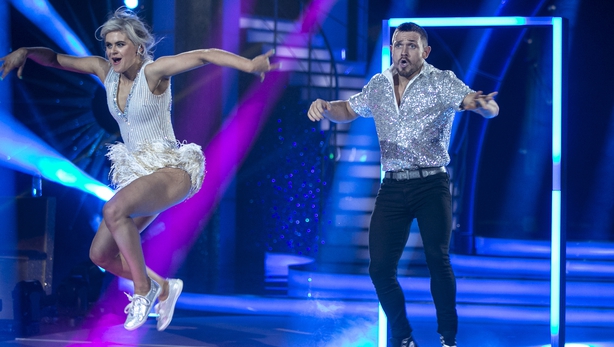 Brian Redmond said the showdance was "absolutely fully loaded" and that Ward had "smashed the boundaries out of the park". He hailed him as "a great dancer". 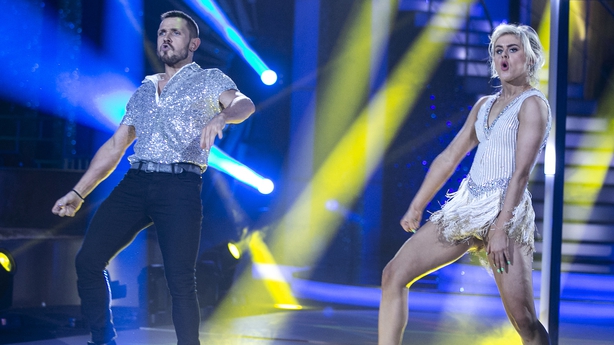 Loraine Barry said the couple had been "fabulous". 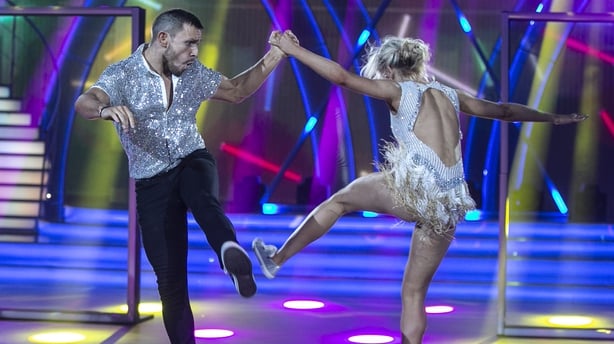 For their second dance, the couple chose their favourite dance of the Jive and received a standing ovation and another maximum score of 30.

Julian Benson described Ward as "the King of Rock 'n' Roll Jive". "I've never seen you connect more with a dance and a partner," he said. 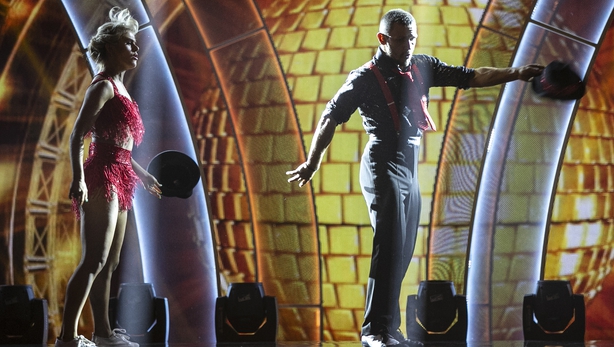 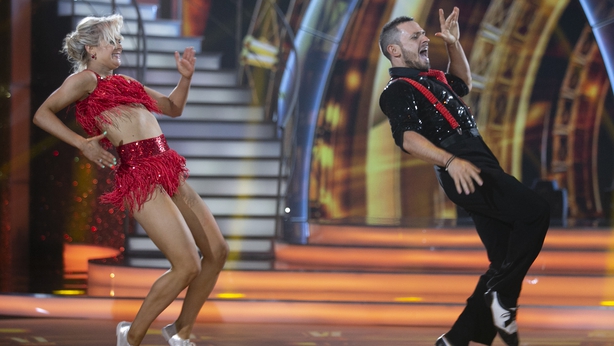 Loraine Barry praised Ward for taking "constructive criticism on board". "I loved it," she said. 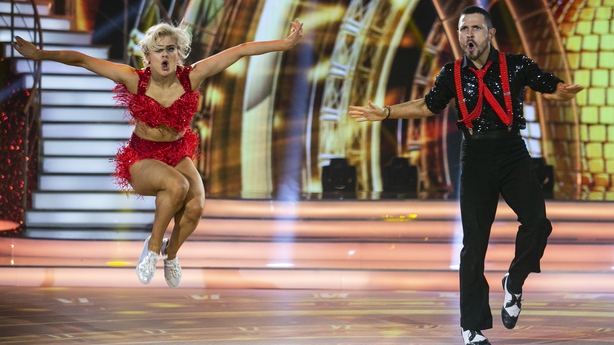 Ward and Barker earlier danced the judges' choice of the Foxtrot - the couple's lowest-scoring dance of the series - for a much-improved 28 second time 'round.

Julian Benson said he was "so proud" of Ward and his "perfectly balanced" Foxtrot. "You were magnificent on the floor," he continued. Benson vowed to eat his jacket if his fellow judges didn't agree. 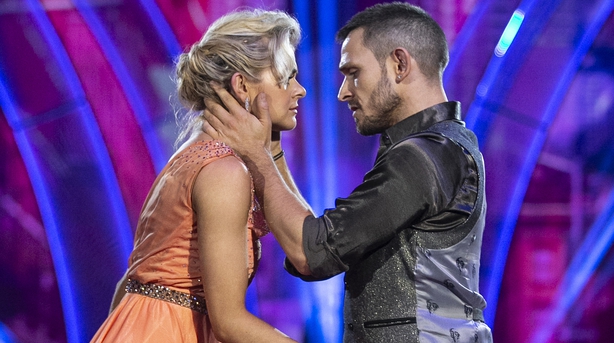 Brian Redmond said Ward had delivered "the complete picture from start to finish" with the re-choreographed dance and had proved he "wasn't a one-trick pony". 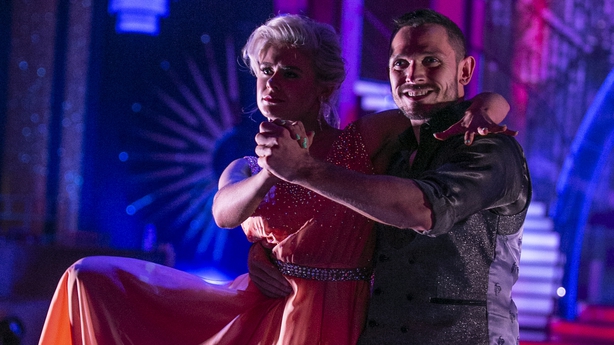 Loraine Barry said it was "an exceptionally great Foxtrot" and congratulated the couple. 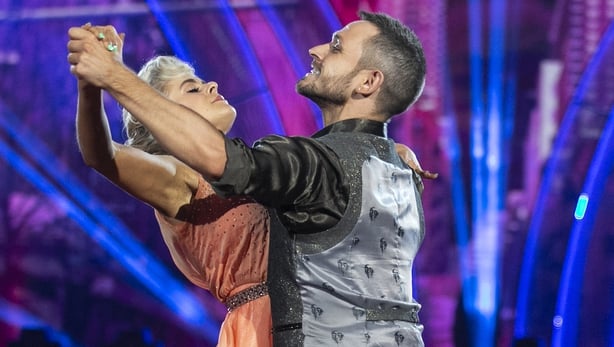 For their third and final dance, their showdance, Mairéad Ronan and John Nolan channelled the Golden Age of Hollywood and scooped a maximum score of 30.

Loraine Barry said the dance was "so John Nolan". "You gave us everything," she told Ronan. "Tonight you've given your heart and soul to this," she added. "Fabulous". 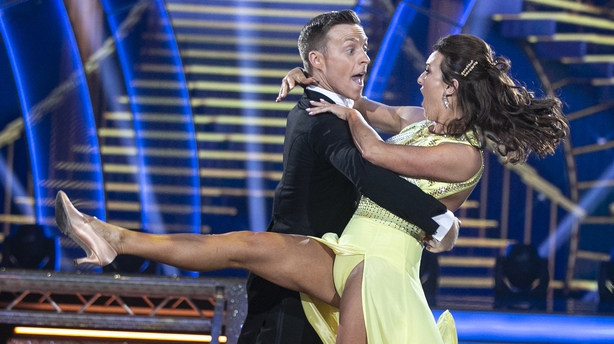 Julian Benson said it was "a Broadway blockbuster routine", and compared the couple to Fred Astaire and Ginger Rogers. 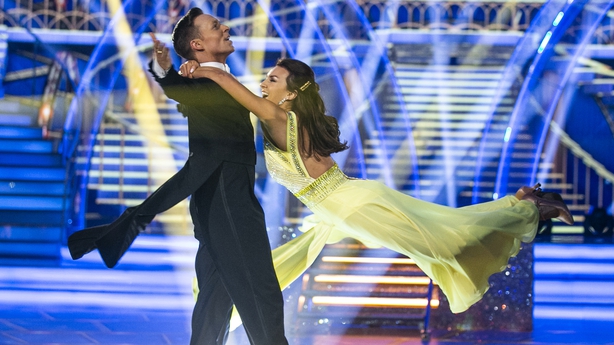 Brian Redmond said Ronan had reached her "fullest potential" as a dancer. 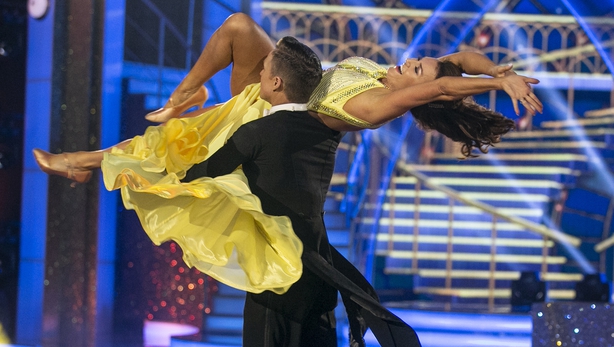 For their second dance, Ronan and Nolan had danced their favourite dance of the series, their Contemporary routine, for another full score of 30.

Loraine Barry said she loved the dance "musically and emotionally". "It was absolutely stunningly beautiful," she concluded. 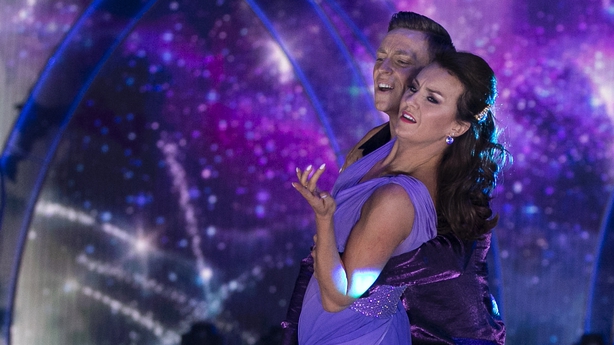 Julian Benson saluted "the power, the passion and the storytelling". He called Ronan "a star performer". 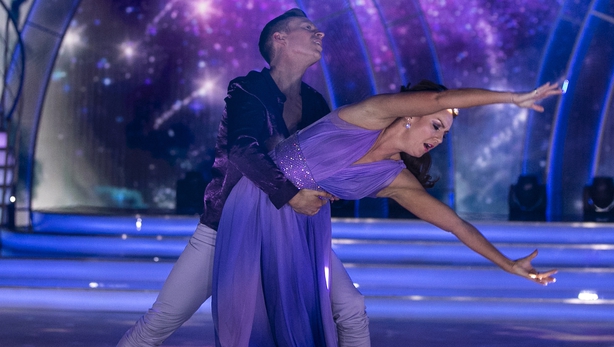 Brian Redmond said Ronan and Nolan had "ruled that dancefloor". "That's probably a perfect example of what a Contemporary ballroom dance should look like," he added. 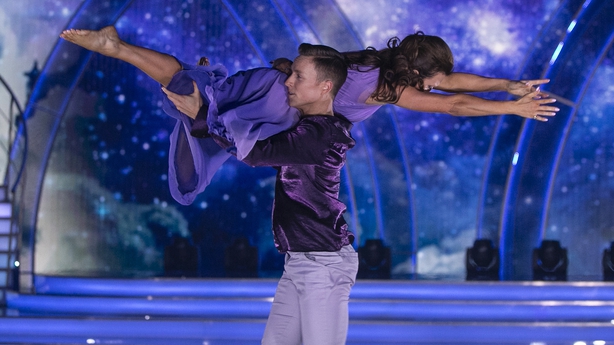 Opening the show, Ronan and Nolan danced the judges' choice of the Charleston for a score of 29.

Loraine Barry said the couple had taken the judges' advice on board and described it as "a marvellous start". 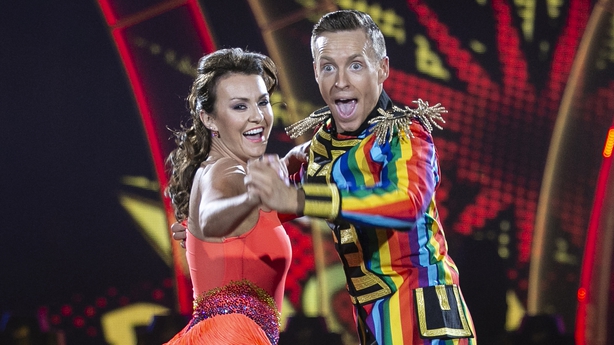 Julian Benson said it was "box office" and "Charlestastic". 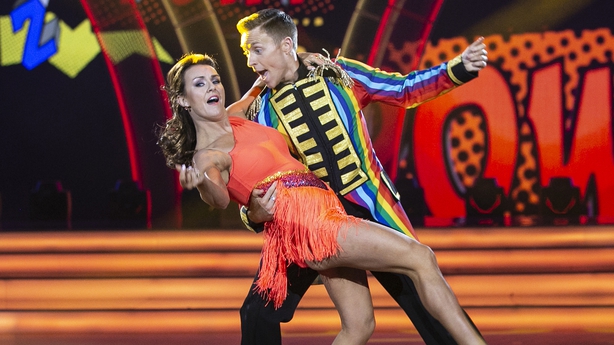 Brian Redmond praised Ronan's transformation over the 12 weeks of the show. He hailed her "fun, confidence and ease" on the floor. 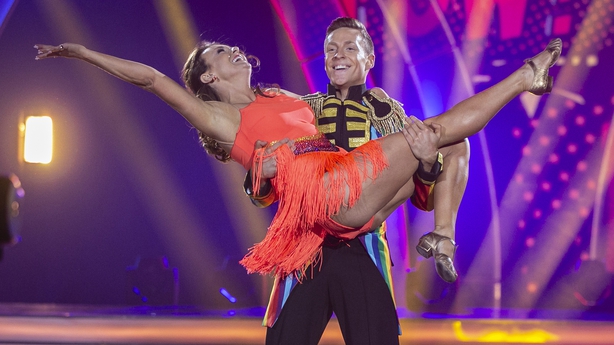 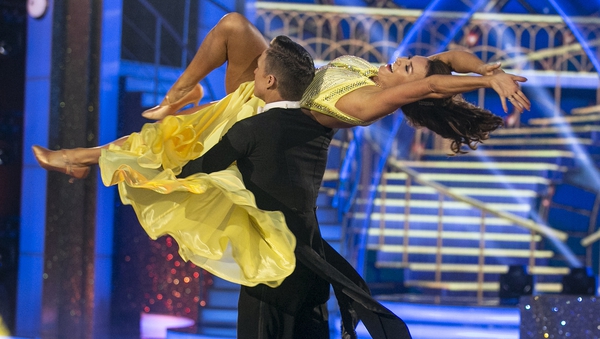 In Pictures: Dancing with the Stars Final