Comedian Fred Cooke and his professional dance partner Giulia Dotta have missed out on the last place in the Dancing with the Stars Grand Final, losing out in the dance-off to actor Johnny Ward and his partner Emily Barker.

Already through to the final were singer Cliona Hagan and her professional partner Robert Rowiński, and presenter Mairéad Ronan and her partner John Nolan.

After the dance-off, judges Julian Benson and Brian Redmond both chose to save Ward and Barker, with head judge Loraine Barry saying she agreed with her colleagues.

However, all three praised Cooke and Dotta for the fun and chemistry they had brought to the competition, and the couple received a standing ovation from the audience.

Speaking to RTÉ Entertainment after the result, Cooke said he never thought he would make it as far as the semi-final.

"I thought I was going to be the first out," he admitted.

He said once he overcame his perception of himself as "the silly novelty factor", the show opened up for him.

"I realised, 'You know, I can actually dance here. I can learn'," he continued.

Cooke paid tribute to the "monumental" Dotta and the public vote for "getting me this far", saying that every time he needed to get through on the public vote he felt "this silent-yet-warm hug from Ireland".

"This man couldn't have done anything more than he's done in the past 11 weeks," added proud teacher Dotta.

"He is possibly the one that improved the most."

The Grand Final of Dancing with the Stars is on RTÉ One on Sunday, March 24 at 6:30pm - and it really is too close to call.

It was arguably the best Dancing with the Stars Semi-Final to date - here's how the couples fared:

For their second dance, Johnny Ward and Emily Barker danced the Paso Doble to Escala's version of Kashmir for a score of 28.

Judge Julian Benson was almost lost for words. "I was on the edge of my seat for the whole of the routine," he said breathlessly. "I was aghast." 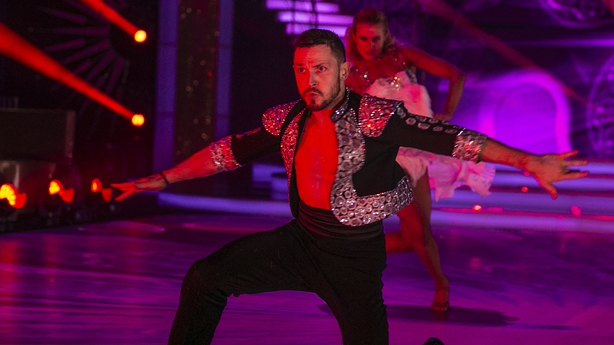 Brian Redmond was in agreement about Ward's prowess. Being "hyper-critical", he said the energy may have been "a little bit frantic at times", but said Ward was "Mr Consistent" in the competition. 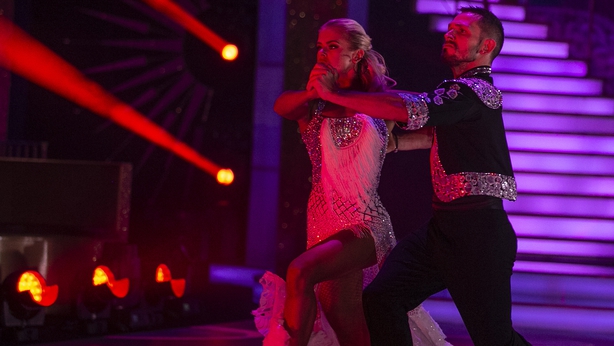 Head judge Loraine Barry said Ward needed to "get the Cuban heel", but hailed the routine's theatricality and power. 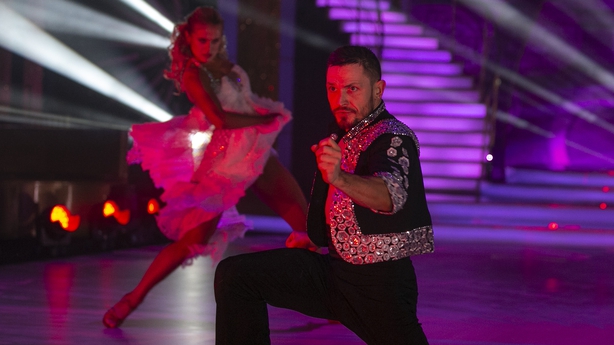 Earlier the couple danced the American Smooth to Dermot Kennedy's Power Over Me for a score of 27.

Loraine Barry said there was "a lovely surge" in the routine, but said the second half was "a little bit interrupted" with lifts. Offering "constructive criticism", she said Ward would need to bring more if he made the final and not "give us what we've already got". 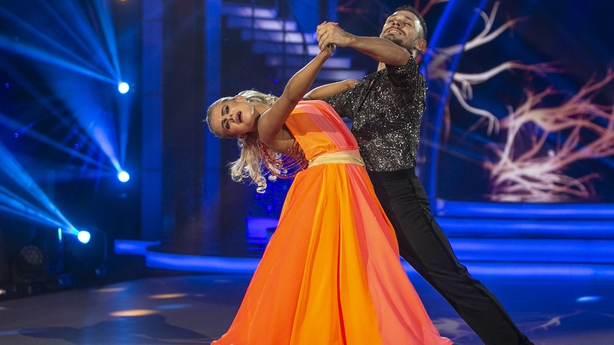 Julian Benson said it was a "cool and contemporary" American Smooth that was "clever and creative". He concluded by paying tribute to Ward and Barker's storytelling and chemistry. 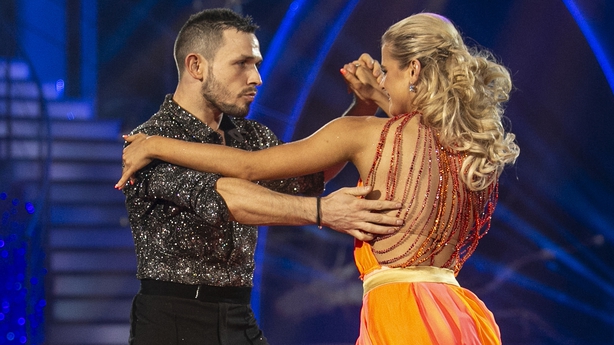 Brian Redmond said there was "power, passion and precision", as people had come to expect from the couple. His "only note" was for Ward to work on his "head position". 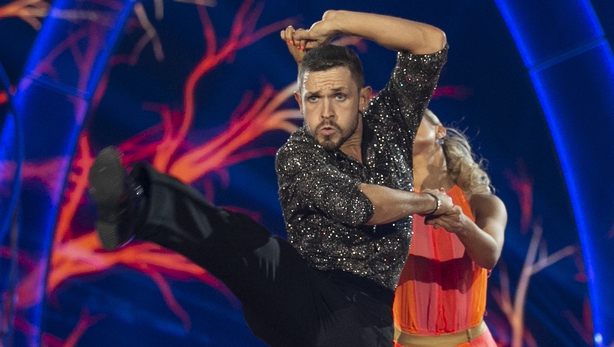 For their second performance, Mairéad Ronan and John Nolan danced the Viennese Waltz to Calum Scott and Leona Lewis' You Are the Reason for a maximum score of 30 - their first.

Loraine Barry said they performed the routine "outstandingly", describing it as "a crowning performance". She concluded by saying she was jealous she wasn't dancing it herself. 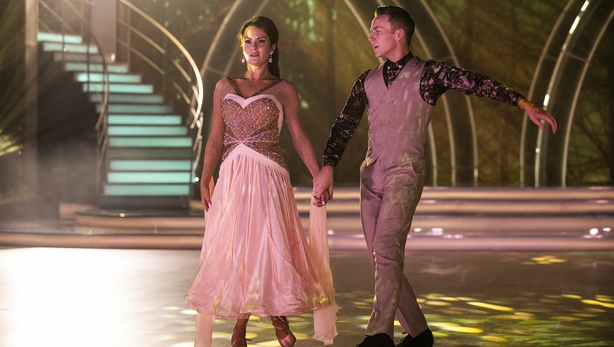 Julian Benson said it was Ronan's moment. "I felt tonight I was looking at a professional couple," he beamed. "This was your best dance of the series." 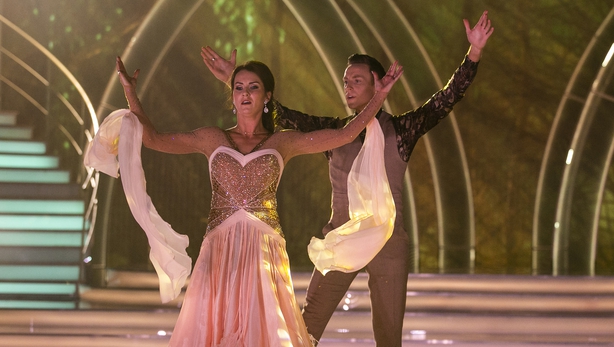 "Dancers like you are the reason I love my job," Brian Redmond told Ronan, stressing that he used the word "dancers". "It doesn't get much better than that." 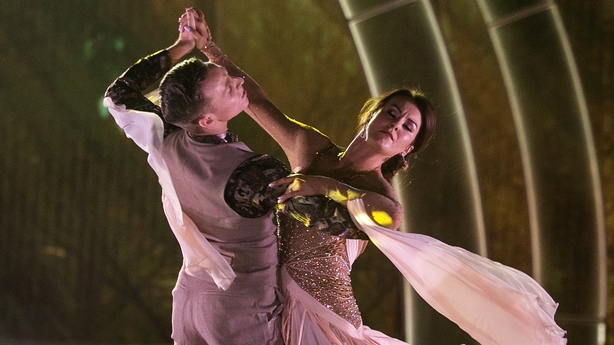 Earlier in the show, Ronan and Nolan danced the Jive to Perfect on Paper by The Blizzards for a score of 24.

Brian Redmond said Ronan "maintained the control of the power", but said the routine "lacked a little bit of bounce". 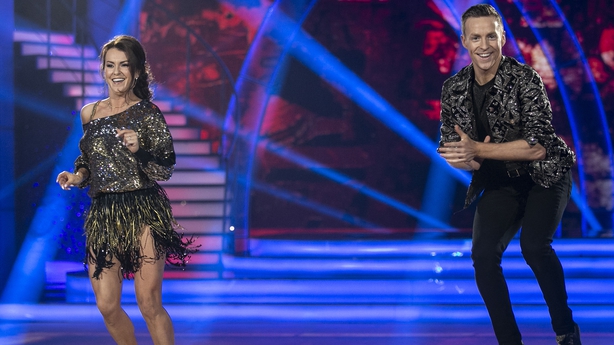 Loraine Barry said it was "a good Jive", but there needed to be more "foot and ankle" and sexiness. "The real problem tonight, Mairéad, is that you're not feeling it," opined Barry. "Shake it to fake it, or Jive it to survive it!" 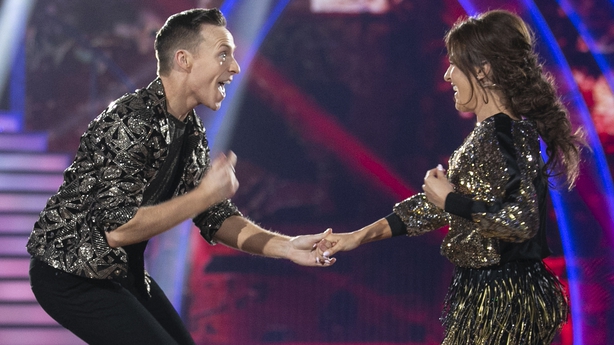 Julian Benson said it was an "edgy, rock 'n' roll type of Jive". He thought it needed more "up on the toes", but said that overall the couple "did a great job". 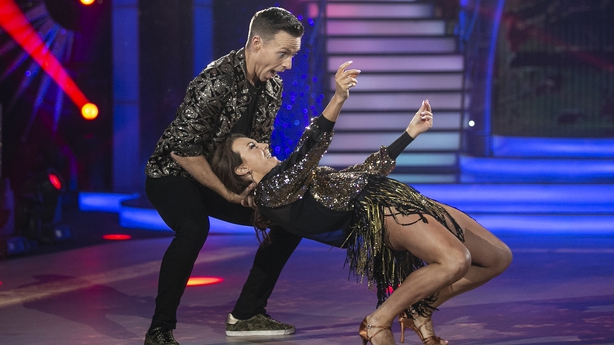 For their second dance, Fred Cooke and Giulia Dotta danced the Salsa to Modern Romance's Best Years of Our Lives for a score of 24.

Brian Redmond said it was "the Fred we love" and praised Cooke for pulling off his first two lifts of the series. 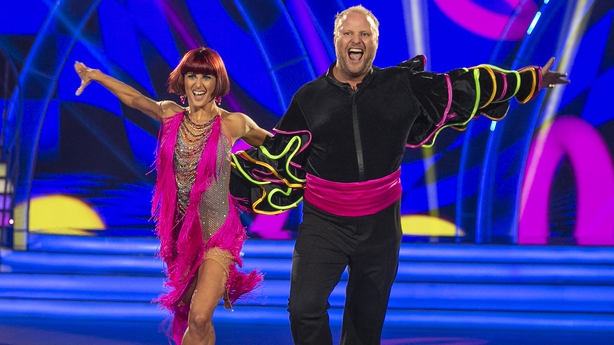 Loraine Barry said there were "88 bars of music and you danced for 72 of two of them". 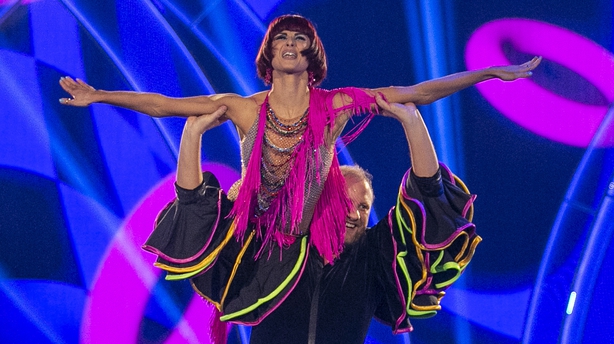 Julian Benson said Cooke "had him at the maracas at the top of the routine". He said the comedian had put his "blood, heart and soul" into the performance. 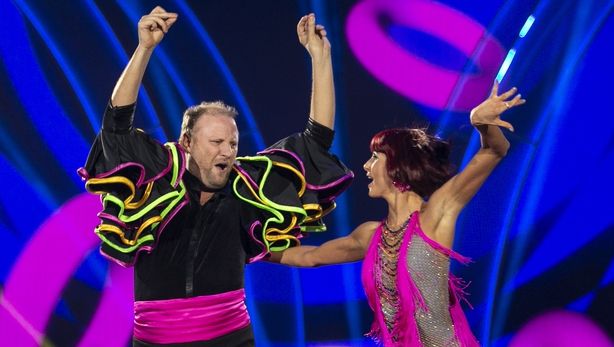 Cooke and Dotta had earlier danced the Foxtrot to Van Morrison's Brown Eyed Girl for a score of 21.

"Postman Fred definitely delivered tonight," said Julian Benson. He said he loved the storytelling and routine and Cooke's frame was "wonderful", describing him as "the entertainer of the series". 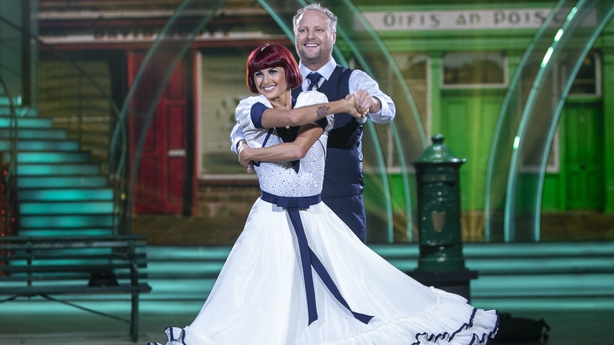 Brian Redmond said while some moments were "more snail mail than first class", Cooke had "completely reformed his frame". 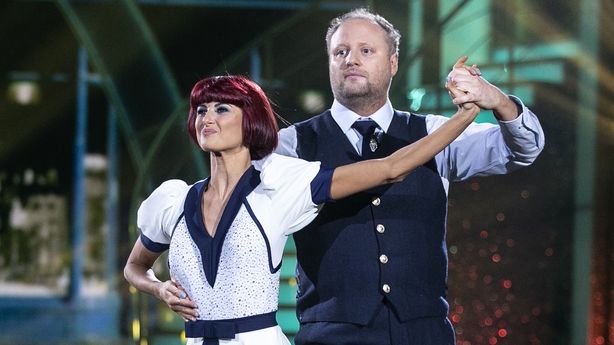 Loraine Barry saluted Dotta as a choreographer and for bringing out the best in Cooke. She said he looked "top notch" and told him to work more on his core. "The Foxtrot, the fluidity, the footwork, was excellent," she concluded. 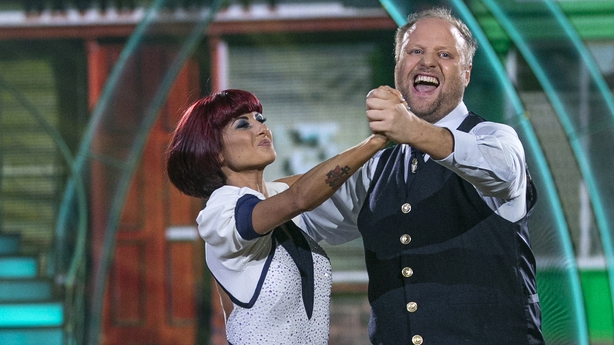 For their second dance, Cliona Hagan and Robert Rowiński danced the Cha cha cha to Aretha Franklin's anthem Respect for a score of 28.

Julian Benson described it as "Cha cha boom". "At one point I thought you were going to pull out a whip and go for him!" he laughed. "You were on fire". 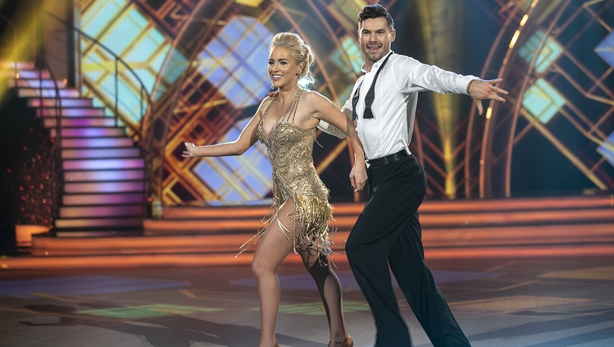 Brian Redmond hailed the "great energy" and "body action", only finding fault with Hagan being a "bit heely" in parts. 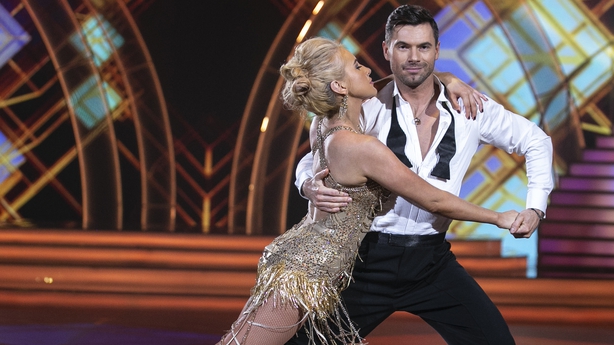 Loraine Barry said there was a "lot of togetherness" in the routine. She said it was "a great Cha cha". 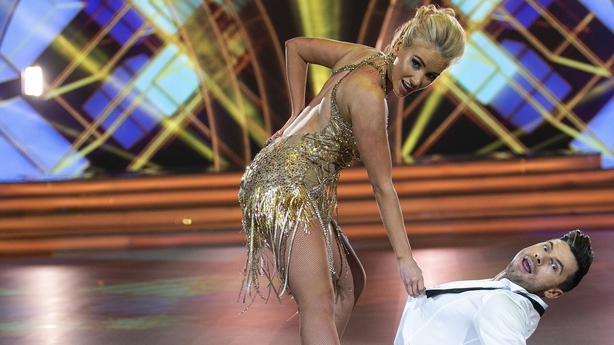 Hagan and Rowiński earlier danced a Viennese Waltz to The Corrs' Runaway for a score of 22.

Hagan had problems with her scarf prop, with Loraine Barry saying she "did well to get out of it". Barry said Hagan needed to "project a little bit more", but concluded that it was "a good Viennese Waltz". 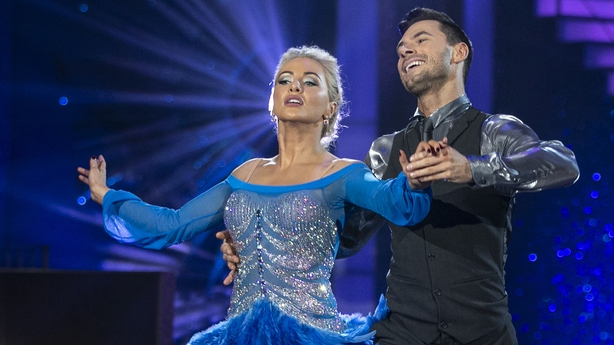 Julian Benson said there were some "magical moments", but agreed with Barry that there needed to be "a little more work on the frame". 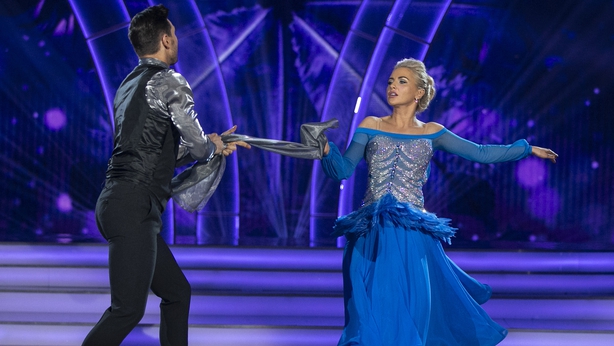 Brian Redmond praised the couple for their recovery following the scarf mishap. He said Hagan is at her best when she combines "power and beauty". 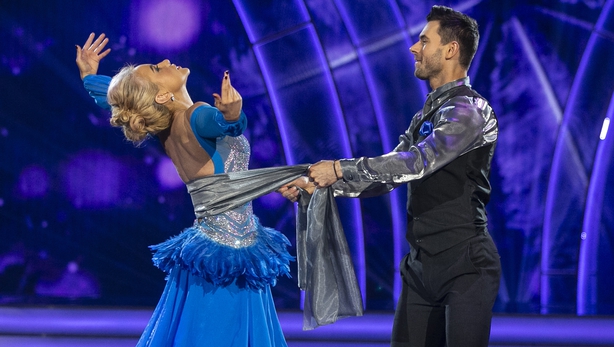 So, will the three remaining couples take all the judges' advice on board in time for next week's Grand Final?