Fans feared the worst when The Great British Bake Off swapped the BBC for Channel 4 - but they're happy to eat humble pie as the show has gone from strength in its new home.

And now Channel 4 bosses have announced that it will remain in its new home until at least 2021, its new look won over worried viewers, with a UK-wide average on nine million viewers.

The show's new line-up of presenters Noel Fielding and Sandi Toksvig and judges Prue Leith with Paul Hollywood  have notched up ratings gold for the channel.

As well as the new contract, Channel 4 also announced that for the first time it will air Junior Bake Off.

The UK broadcaster would not comment on whether its current presenting and judging line-up will remain in place until 2021, saying "details about future series will be announced in due course".

Love Productions (who make the show) chief executive Richard McKerrow, said: "We are delighted to have extended Bake Off's stay on Channel 4 after two great years together.

"We have been hugely encouraged by the audience response and feedback the show has received during its time on Channel 4 and are thrilled to be bringing Junior Bake Off to the Channel. 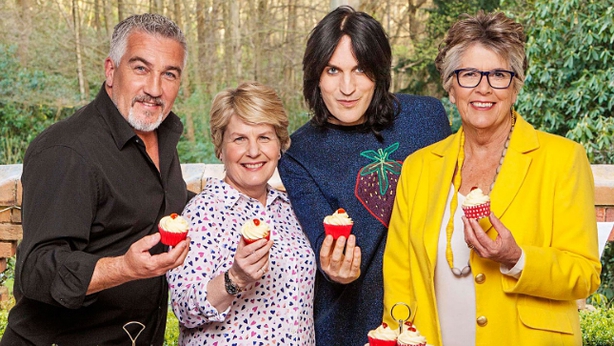 "It seems particularly appropriate to be announcing news of the extension on Channel 4 as we enjoy Bake Off's tenth anniversary on British television.

Channel 4 director of programmes Ian Katz said: "Over the last two years The Great British Bake Off has become one of the best-loved programmes on Channel 4, embodying the warmth, mischief and inclusivity for which the channel is known.

"We're delighted to be continuing our fantastically collaborative partnership with Love Productions and especially to be discovering a new generation of British baking talent with Junior Bake Off."