Brian McFadden has missed out on a place in the Dancing On Ice finale.

The former Westlife star was sent into the skate-off against Saara Aalto during Sunday evening's semi-final, but after falling during his performance, it made the judges' decision to save Aalto an easier one.

"It's been amazing," said McFadden. "We have had such a great time."

He also apologised to his professional skating partner Alex Murphy for losing his footing during the performance.

McFadden had skated well in the episode, with each contestant taking to the ice twice.

His second skate of the night saw him earn a whopping 36.5 points out of a possible 40 and he slid across the ice on his knees in delight, and said: "I can go home happy now."

Dancing On Ice continues on ITV next Sunday. 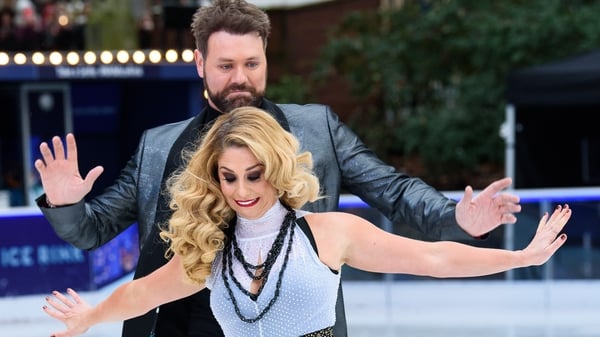