Actor and director Ralph Fiennes told RTÉ Entertainment he is "anxious" about showcasing his new movie, The White Crow, in Dublin as "Irish audiences are very discerning."

The 56-year-old directed and stars in the film which tells the story of ballet dancer Rudolf Nureyev's defection to the West.

Speaking to RTÉ Entertainment at the film's premiere at the 2019 Virgin Media Dublin International Film Festival in Cineworld on Friday, Fiennes said he is "happy" to finally release the movie, and admitted he is even happier to be bringing home a prestigious Volta award.

"I’m delighted to receive the Volta award. I know Irish audiences are very discerning so I am a little anxious," he laughed.

"The film has been made for people to see it - so whatever people feel - I’m happy it’s being seen because that’s the reason it exists."

Asked if he can relate to dancer Rudolf Nureyev's desire to succeed, Fiennes says he understands what it is like "to chase a dream of being a performer".

"I mean he came from a very poor background on the end of World War II in the heart of Soviet Russia where things were very, very spare.

"I suppose the desire to chase a dream of being a performer, that’s probably all I can claim to have in common, but after that not very much. I’ve always had two left feet as a dancer," he joked. 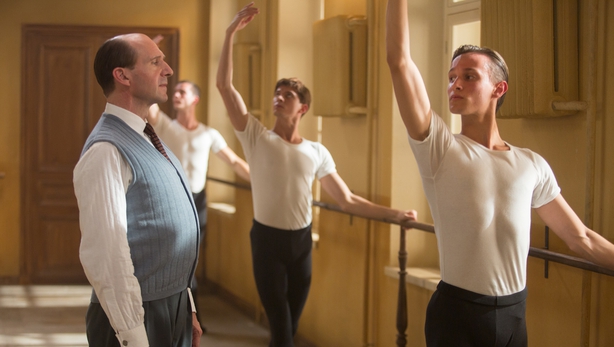 Fiennes admits there are many aspects of the dancer's character that interested and inspired him.

"I’m just intrigued by that kind of power to realise yourself.

"I quite like these high definition characters which have huge contrasting size to their personalities.  He can be vulnerable and humorous and can also be vile and rude and destructive – and hurtful which is famously what he was like.

"I think he’s burdened with a talent and a ferocious need to realise it, which is what has moved me to make the film," he added.