Westlife's Mark Feehily has posted a picture of his fiancé on Instagram. His fiancé has always been shy of the limelight but has clearly agreed to the release of some pictures of the pair together on social media.

In the past he has said he respects his boyfriend's lack of interest in attending red carpet events with him as he is "quite a private guy" and has no interest in being in "the limelight".

The 39-year-old explained that he thought it is "really nice" that his partner has no interest in that side of his life, as he knows he is just interested in him, and not the publicity.

"He's quite a private guy, he stays away from the limelight. He's a really fun guy but he's not in the music or entertainment scene but he doesn't like the red carpet," Feehily told Bang Showbiz.

"Like, I went to the EMAs the other night and he didn't want to come because he's happy to do his thing and let me do my thing when it comes to work. I've managed to get him to one or two events. But I think that's quite important to us and it's important to me to respect that."

Feehily was previously engaged to British fashion photographer Kevin McDaid, with the pair splitting in 2011, and he has said he "dreams in the future to get married."

He also said two years ago: "I'm a traditionalist at heart and it's always gonna be one of my dreams in the future to get married – but both of us are very laid back on that front," he said.

"Sometimes people base everything on getting married but we're happy as we are at the moment with the way things are going. There's no pressure on that at the moment." Clearly his dreams have come true.

Last month, Westlife released their first single in eight years and fans can't seem to get enough of the band's new track.

The band announced their comeback album and tour last October and set to play two dates in Croke Park this summer. 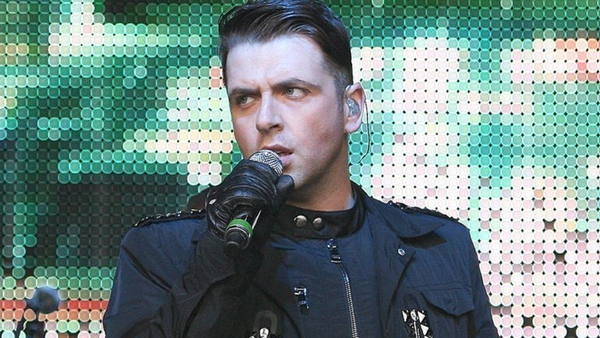