Strictly Come Dancing hosts Tess Daly and Claudia Winkleman have revealed that they will be joined by an all-star cast including Mary Berry and Jamie Oliver for their marathon dance challenge in aid of Comic Relief's Red Nose Day next month.

The Press Association reports that Daly and Winkleman were guests on ITV's This Morning as they limbered up for the fundraiser, and discussed how they plan to keep dancing for over 24 hours.

The duo will have their dancing shoes on in the BBC's Radio 2 studios in Wogan House in London from March 11 to March 12 ahead of Red Nose Day on the BBC on March 15.

We think @TessDaly and @ClaudiaWinkle look a little nervous about dancing non-stop for 25 hours! However, it's time to practise what they preach as they keeeep dancing for Comic Relief this year. Good luck ladies! ??‍?? pic.twitter.com/OXeJvPvVmk

"We are enthusiastic kitchen dancers at home, but professional? No," said Daly.

"Mary Berry is coming, with cake, I hope," Winkleman continued. "We just said yes, and in the nicest possible way, it's not about us. We just hope people watch and donate.

"We get certain people - and the whole cast of Mamma Mia! is coming in. We've got Jamie Oliver coming in, so I think people come in every hour and help out."

Winkleman said she did not know if 83-year-old Berry would be dancing.

Next month @claudiawinkle and @tessdaly will be flossing, dabbing and salsa-ing to the beat for the longest ever Danceathon in @comicrelief history!

For over 24 hours they’ll be dancing to the very best floorfillers, from the 60s to the present day. ?? pic.twitter.com/C5EgnJwhfo 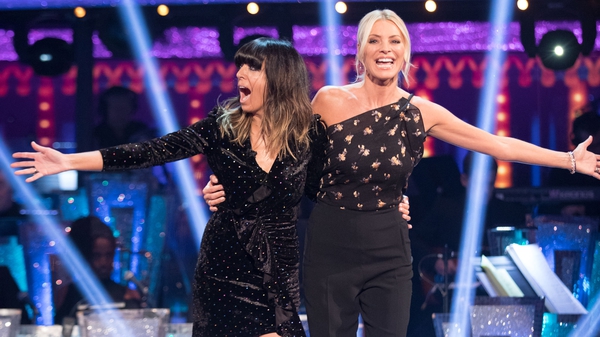 Keep dancing! Strictly presenters to hit the floor for 24 hours for Comic Relief