Britain's Got Talent runner-up Susan Boyle has said that she finally feels ready for fame ahead of the launch of her new album this week.

The singer is currently taking part in America's Got Talent The Champions, a special version of the programme that brings together previous winners and stand-out acts from editions from around the world. She and Paul Potts are through to the final. The winner will be announced on Monday.

Boyle, 57, sold millions of records and earned two Grammy nominations after her rendition of I Dreamed A Dream from Les Miserables in 2009 in front of judging panel Simon Cowell, Piers Morgan and Amanda Holden.

The singer has in the past discussed the challenge of her Aspergers diagnosis in 2013.

She told The Sun: "I'm managing things a lot better now. It was a slow process. Everything is with me.

"But I'm coping inside a lot better now and I'm ready - more than ready - for what's coming."

Boyle said: "It can be difficult to talk about mental health issues, as there is a kind of fear about that.

"Years ago there used to be a stigma about it but now there is more knowledge, more expertise, and talking about things makes it a lot easier. A lot easier."

The Scottish singer said she is still living in the house in which she was brought up in Blackburn, West Lothian. 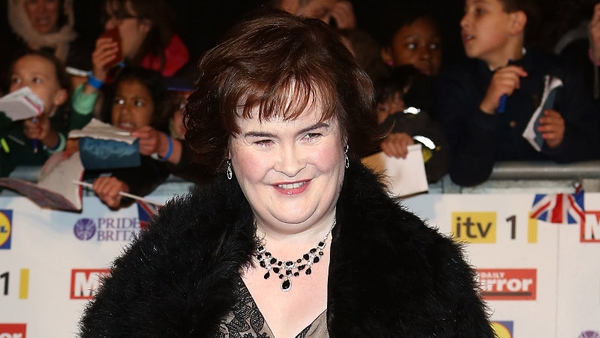