EastEnders' Shane Richie has said he found his "inner RuPaul" with a little help from Albert Square co-star Jessie Wallace as he prepared for his new role as a drag queen in the West End musical Everybody's Talking About Jamie.

Nailed it! 🙌@realshanerichie has got this heels thing on lock… 😂👠 pic.twitter.com/HB8KK21VWx

"The only person I confided in was Jessie, who plays Kat," he continued. "When I told her, she freaked. She loved it. All of a sudden she had ideas for make-up.

Richie told The One Show he now felt "so empowered" wearing high heels.

"There's something empowering about being just a few inches higher," he enthused. "I find my inner RuPaul."

The soap favourite said Everybody's Talking About Jamie celebrates empowerment and difference, and brought him back to his early days starting out in entertainment.

"When I was first starting out in stand-up, I toured with drag queens and strippers." 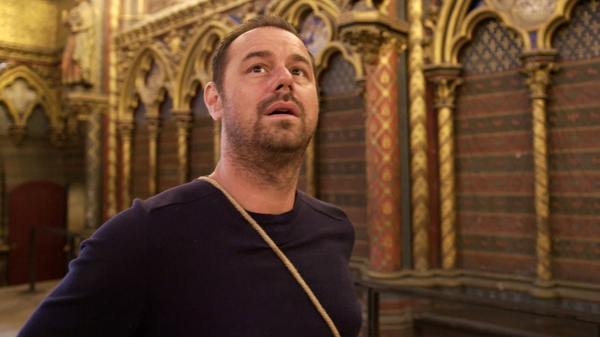