The Late Late Toy Show has topped TAM Ireland's list of the Top 50 most-watched programmes of 2018, with RTÉ programmes securing 39 of the 50 places on the list.

The Toy Show traditionally holds the top spot on the list, and November's extravaganza had an audience of over 1.5 million and a 72% share of viewers tuning in to see Ryan Tubridy and a cast of hundreds bringing the festive magic on RTÉ One.

The 2018 FIFA World Cup semi-final between Croatia and England on RTÉ2 was in fourth place with 924,400, with last February's Daniel and Majella O'Donnell Room to Improve special in fifth with almost 860,000.

The Eurovision Song Contest Final on RTÉ One on May 12, which saw Ireland qualify for the first time in five years, was in 11th place with an audience of almost 702,000.

"We're very proud to have delivered almost 40 out of 50 of the top-viewed programmes across a wide range of shows and genres including entertainment, documentary, sport and news," he added. 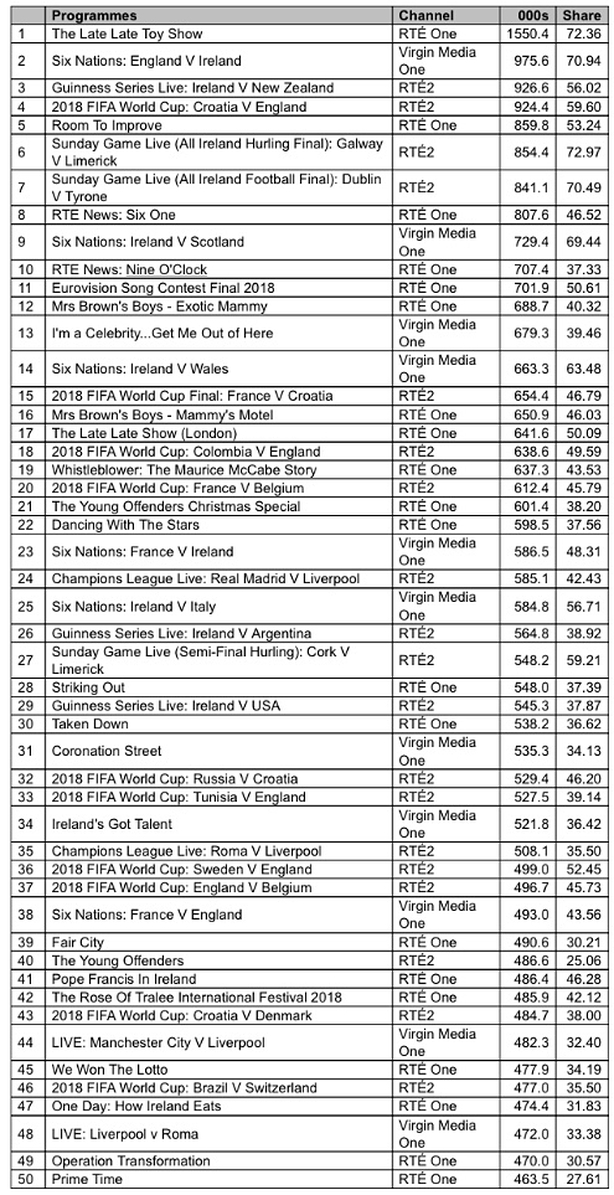