Monaghan's four consecutive Golden Globe nominee Caitriona Balfe has said that she has been outspoken and active with the #timesup and #Metoo movement: Well, if I don't step up and I don't do it, then how can I talk about [how] we need more women? "

Speaking to American publication Harpers Bazaar, promoting the popular television series, Outlander she said "There's one thing talking about it, and there's another thing of just getting off your ass and actually doing it,"

The former Victoria Secret model actively has tweeted about the movement and wore a black dress for Times Up at the Golden Globes.

The DIT graduate became a household name throughout the world due to the popularity of Outlander a series based on a series of books by Diana Gabaldon's also called Outlander which explore past lives and time travelling back centuries to get answers to why circumstances in the past have influenced the present.

She has been nominated for the Best Actress - Television Series Drama, the gracious star reacted to her fourth nomination for a Golden Globe, 2019 could just be her year with also a glamorous wedding in the offing.

Wow, thoroughly shocked and completely ecstatic to hear I am among the nominees for this years @goldenglobes A HUGE thank you to the HFPA for their continued support and a HUGE congratulations to Julia, Elizabeth, Sandra and Keri, I am beyond proud to be in your company. But 1/2

Outlander was officially renewed for Seasons 5 and 6 last May.

Last season saw the introduction of a more extended family focus on Brianna and Roger rather than just Claire and Jamie.

In fact with the shifted focus, it meant this season (season 5) opened with Brianna and Roger without Claire and Jamie at all.

You DO NOT want to miss out on the action of tonight's #Outlander, clan. Listen to @caitrionambalfe and @SamHeughan and tweet along with #TheBirdsAndTheBees! pic.twitter.com/jferPnOAwP

RTÉ 2 carried the series four and hopes to have series five in the late spring. 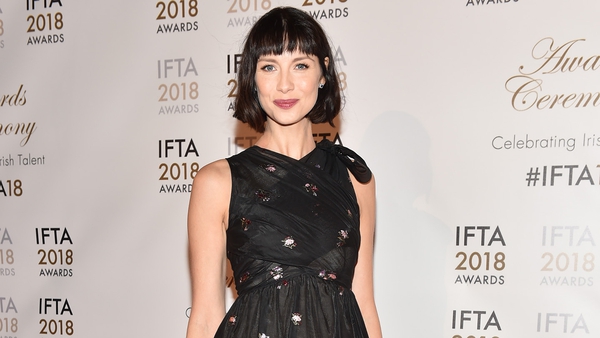