The line-up for next weekend's Strictly Come Dancing final has been decided: Stacey Dooley, Ashley Roberts, Joe Sugg, Faye Tozer and their respective professional partners have all booked their places with Lauren Steadman missing out after the semi-final dance-off..

Athlete Steadman and her professional dance partner AJ Pritchard were placed in the bottom two along with former Pussycat Dolls singer Ashley Roberts and partner Pasha Kovalev after the judges' scores and viewers' votes were combined.

After Roberts and Kovalev had danced their American Smooth again in a bid to stay in the competition, and Steadman and Pritchard had performed their Tango, all the judges voted to save the first couple on the dancefloor.

"Thank you for one of the best things in my life" 💕 Thank you @LaurenSteadman for giving your all every Saturday night! 👌 @Aj11Ace #Strictly pic.twitter.com/TVI4sp3AIi

Head judge Shirley Ballas said she agreed with her colleagues and would also have saved Roberts and Kovalev. It was the third week in a row that Roberts and Kovalev had been in the dance-off, with some fans of the show critical of her previous dance experience.

Paralympian Steadman said she had "absolutely loved" her time on the dancefloor.

"It has been so much more than anyone ever tells you it's going to be," she continued.

"Down to the smallest things - I mean outfits, hair, makeup, this man (Pritchard), the judges, all the choreographers... I can't tell you just how magical it is."

Pritchard paid tribute to Steadman, telling her: "You have changed so many people's opinions and it has always been about ability not disability.

Next weekend's final will be decided solely on the results of the public vote. 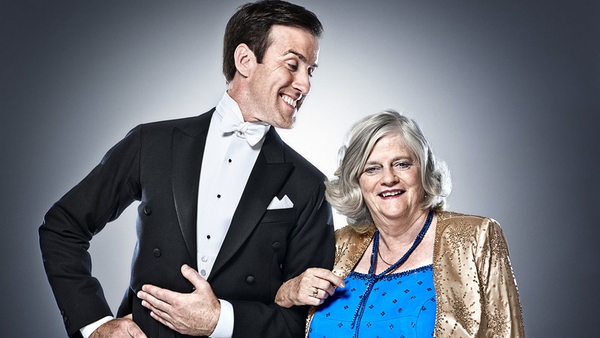 Ann Widdecombe heading back to Strictly for Christmas