The final season of Fortitude is here, as is the last episode of Julia Davis' Sally4Ever, while there are documentaries about a missing Dubai princess and a priest with motor neurone disease who walks the country . . .

Here's your chance to take a final visit to Fortitude, where Hell has frozen over for a short third season.

The concluding chapter of the Arctic chiller is a four-parter, as the remaining inhabitants find their fates thrown to the freezing winds.

As Oslo despatches two new officers to attempt to make some sense of the anarchy in Fortitude, Dan Anderssen (Richard Dormer) continues his descent into madness, bringing him head to head with the grief-stricken Michael Lennox (Dennis Quaid).

If you want to binge-watch the lot, all episodes from season 3 are available on demand from today, while seasons 1 and 2 are also available on Sky Box Sets & NOW TV.

Escape from Dubai: the Mystery of the Missing Princess, 9.00pm, BBC Two

In February 2018, the 32-year-old daughter of the ruler of Dubai boarded a boat and set sail for India with a plan to start a new life in America.

But within days her boat was stormed by Indian commandos - she was captured and presumably returned to Dubai. No one has heard from her since.

This documentary pieces together Princess Latifa's life and reveals how she had been planning the escape for more than seven years.

The Supervet at Christmas, 8.00pm, Channel 4

Among the animals in crisis at Christmas, Tatiana, a one-year-old crossbreed puppy, is brought in to see if The Supervet, Professor Noel Fitzpatrick, can do anything to correct her severely deformed front legs.

But only time will tell if she will respond to such major surgery in time to enjoy the special festive treat Angie has in store: Christmas stockings for all of the family's dogs!

Can't wait to see what happens to the vulnerable Sally in this final installment of Julia Davis’s comedy that simply refuses to take the less embarrassing options.

The set-up sees newly married Sally and Emma bump into the one and only Sean Bean, the actor fella. Meanwhile, a case of suspected food poisoning turns into something rather unexpected.

In the last-ever episode of the long-running sitcom starring the hugely annoying Zooey Deschanel, the gang get ready to say an emotional farewell to the loft apartment, and take a tour down memory lane with a look back at their time together that includes a final round of True American.

A Hotel for the Super Rich and Famous, 8.00pm, BBC One

As this look at the opulent Corinthia Hotel in London concludes, its restaurant isn't doing well and needs a big-name chef to compete with its rivals.

Tom Kerridge, the British chef most famous for his two Michelin-starred restaurants in Marlow, 28 miles outside of London, takes on the job, which will mark his first restaurant in London.

In this episode, Lily Cole and Lily McMenamy are the super cast in a model utopia, there's a top five list of some of the strangest animated creations, and the series finishes with the end of the world.

In March 2018, Fr Tony Coote, a charismatic Dublin priest, was diagnosed with Motor Neurone Disease. He immediately decided to walk the length of Ireland, to raise awareness and funds for sufferers.

This documentary follows his inspirational journey, as he comes to terms with the condition’s dramatic impact and leads a growing army of supporters 550km from Letterkenny to Ballydehob. 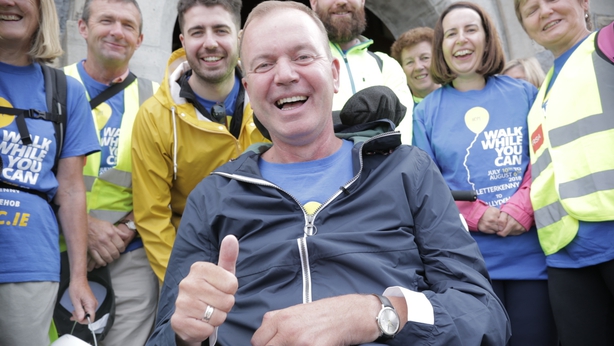