Singer Shane MacGowan and writer and broadcaster Victoria Mary Clarke have married in the Danish capital, Copenhagen, 11 years after first announcing their engagement.

The couple, who have been together for 32 years, wed in a small ceremony in Copenhagen's City Hall on Monday, with actor Johnny Depp among their family and friends - and also reportedly serving as their wedding guitarist.

Here are the couple telling Pat Kenny about their engagement on The Late Late Show in April 2007:

Writing in The Sunday Independent on the eve of the couple's wedding, Clarke said: "Shane and I are both introverts and we decided that the only solution was to just elope together to someplace that we know nobody and nobody knows us, and keep it a secret. Which is what we have done.

"But I have discovered something about weddings that I had not realised," Clarke continued.

"People really, really want to show that they love the people that they care about. And no matter how awkward or introverted you are, the love that they have for you finds a way to smash through the walls that you put up. And when it happens, it is a magnificent thing."

"Bella Freud has given me a beautiful red dress which is perfectly unfussy," Clarke continued. "Johnny Depp is going to be the wedding guitarist. My nieces are going to do my make-up. And my mother and sisters are bringing a cake and flowers.

"It will be weird, but I think it will be lovely. We may even have a speech." 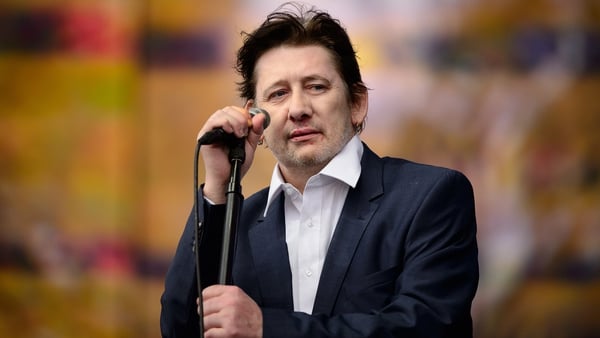 Shane MacGowan at 60: A Fairytale of London