Singer Brendan Murray is through to The X Factor semi-finals after an impressive performance on Saturday night's programme.

The singer was proud of his version of A Great Big World’s number Say Something which he chose for the Big Band night.

"I’m so overwhelmed with my performance tonight, emotions got to me a little, thank you so much," he tweeted on Saturday night.

"Knowing that I did my best tonight is absolutely incredible. Thank you so much guys  - the voting lines are now OPENED!!"

Murray missed out on a place in the Eurovision Grand Final in Kiev in May, 2017. The musician, who hails from Tuam, County Galway, performed the song Dying to Try as he attempted to secure Ireland's first appearance in the Final since 2013.

4 months ago I auditioned for the X factor, Next weekend I’m the semi final! Thank you so much to everyone for believing in me and supporting me!
I’m delighted to be where I am ???? @TheXFactor pic.twitter.com/J7RuwlAdzu

However, he secured his place in the X Factor live shows this year after making it through the Judges' Houses stage of the competition in October. 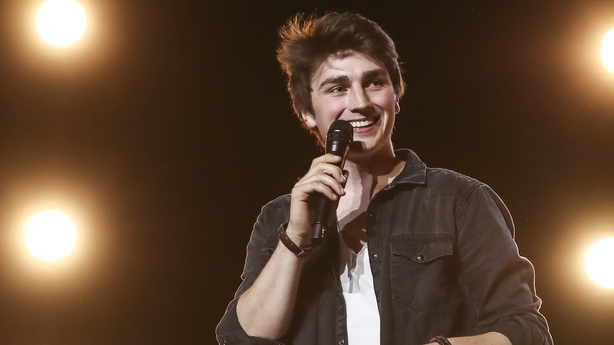 The 21-year-old works as a plumber during the week and is busy gigging at weekends. He enjoyed two number one singles in this country as a member of the boyband Hometown who once toured with The Vamps and McBusted.

Brendan recently paid tribute to his dad on Instagram. "If he hadn’t pushed me out the door and gave me the confidence to go for X factor I don’t know where I’d be right now."

"If I’m ever lucky enough to have kids when I’m older, I hope I can push them to follow they’re dreams as he’s done for me. Best man I know."

Shan Ako and Bella Penfold left The X Factor in tonight's show. Six acts now remain in the contest and The X Factor returns next Saturday and Sunday night with Mamma Mia week.

Thank you man for all your help ?? https://t.co/Y1NTTCOD2X