The co-creator of Game of Thrones has revealed that Emilia Clarke nearly missed out on starring role in HBO's mega-successful fantasy epic.

Introducing Clarke, DB Weiss told the star-studded audience he and Thrones co-creator David Benioff were wowed by her initial audition as Daenerys Targaryen but still had to convince HBO they had the right person for the role.

He said: "After the initial pilot we had shown them their faith (HBO's) in our opinions was less than complete. So Emilia flew out to LA for a final audition in HBO's corporate theatre which was large, dimly lit and empty, except from us two and the president of HBO.

"We were smiling, he was not. It was quite possibly the least inviting audition environment we had ever witnessed and none of it mattered, she nailed that audition too. 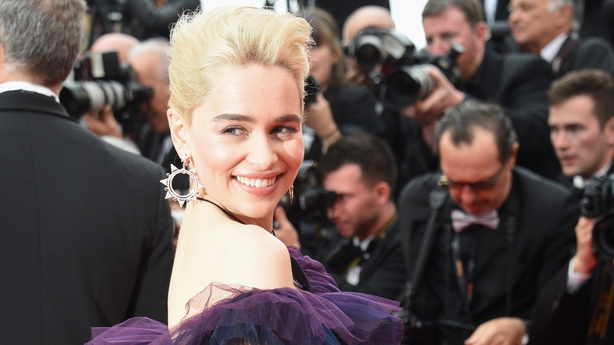 "Still, the president of the company was playing it close to his chest, nodded, poker face. Emilia asked if there was anything else she could do to lighten the mood.

"David asked, 'Can you dance?' And Emilia did the robot. She did it with commitment, she did it well, maybe she will do it later for you if you ask her nicely.

"And even the president had no choice but to smile. She got the job 10 seconds after she left the room and the two of us ran to tell her before she left the building because letting her get on an 11-hour flight home without knowing seemed like a cruel and unusual punishment."