This new drama looks interesting. When Raza is arrested, Gabe and his new partner Holly identify him as a potential informant for London’s Counter-Terrorism Special Unit (CTSU) - and coerce him into working for them.

Detective Sergeant Gabe Waters is partnered with new recruit DC Holly Morten and introduces her to the world of informants. Ambitious and uninhibited, Holly pushes boundaries to get Raza on board.

Gabe’s key contact, Yousef, has information that links to a prolific terrorist - Ahmed El Adoua. El Adoua was responsible for a major attack in Rotterdam and CTSU fears he might have been in London planning a similar attack.

When Yousef goes missing, the pressure is on for the CTSU team to find out more.

The celebs dial up the glamour factor with high-speed motorbike, boat and sports car escapes from the capital but their luck doesn't last long.

Stephen Mangan hosts alongside Joan Bakewell as the hopeful contestants try to paint their way to a potentially life-changing commission to create a piece for the Imperial War Museum to commemorate the centenary of the First World War Armistice.

The Geansaí returns with a new season, this time focusing on Ireland’s sporting communities and their stories.

In the first of three episodes, Garry Mac Donncha steps into the tightly knit and very fit boxing community.  The series ranges from showcasing the elite level senior boxers of both men and women aiming for the next Olympics, to community clubs like Fr Horgan’s Boxing Club in Churchfield, Cork, and Cumann Dornálaíochta Chonamara based in Casla, Go. Galway.

Players from across the series reflect on their time spent in The Circle.

Do they wish they'd played the game differently? Were the tell-tale signs of being catfished visible, if only they'd noticed? Will they ever forgive each other?

Presenters Maya Jama and Alice Levine relive all the best moments from inside the apartments; and a psychologist analyses the key action that led to one Player getting their hands on the £50,000 prize.

Neven ends his travels around Andalusia in Cadiz, reputed to be the oldest continuously inhabited city in Europe, dating back 3000 years. He visits the city’s fish market and a small sherry bodega. Then he cooks Prawns in Garlic and meets a chef specialising in cooking tuna. 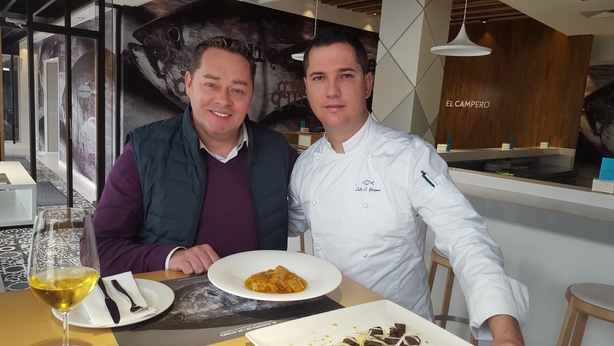 All the stories and characters are drawn from the real life experience of writer Shaun Pye, whose daughter was born in 2006 with an extremely rare and to date undiagnosed chromosomal disorder.

Each episode shines a light on day to day life with Rosie - unique experiences from simply trying to take her to the park to trying to explain that every day isn’t her birthday.