Coronation Street star Jane Danson has hinted that her character, Leanne Battersby, and old flame Nick Tilsley may get back together again.

Fans of the ITV soap saw Leanne hit by drug dealer Ronan Truman's car on Friday night after he knocked down Ryan Connor.

Oh no! Leanne and Ryan have been hit by Ronan!

Can Ali and Michelle save their lives?

You DO NOT want to miss the 8.30pm episode - see you soon!#Corrie #SecretsUnleashed #Michelle #Ryan #Ali #Leanne #Ronan pic.twitter.com/wUDpv5Bs62

Nick rushed to her bedside in hospital after he was called as Leanne's emergency contact.

"I think when he sees her in the hospital bed it makes him realise what he walked out on and the fact he might lose her forever wakes him up and he thinks, 'Oh God, I might actually lose this girl and I've got to do whatever I can to get her back'," Danson told the Press Association.

"So we explore their journey but obviously, with it being Leanne, it's not easy and there are a few things getting in the way."

If you think this week was dramatic, just wait until you see what we’ve got coming up...

Away from the Cobbles, Danson has signed up to take part in the new series of ITV's Dancing on Ice.

"I think I've got to a stage in my life where if opportunities come along I can't really turn them down," she said.

"I'm 40 in November and the opportunity came up. I've not done anything new for a while and I just thought, 'Do you know what? To be working with Torvill and Dean, who are amazing, it doesn't really get any better than that'.

And so it begins 😃thank you @torvillanddean for being so kind and making a dream come true #DancingOnIce pic.twitter.com/1kF4NVmf6C

"If I say no to this, I'm going to watch it and think that could have been me and I think I'd be a bit upset with myself."

When asked if she could skate, Danson replied: "I can stand up!"

Dancing on Ice returns to screens in the New Year. 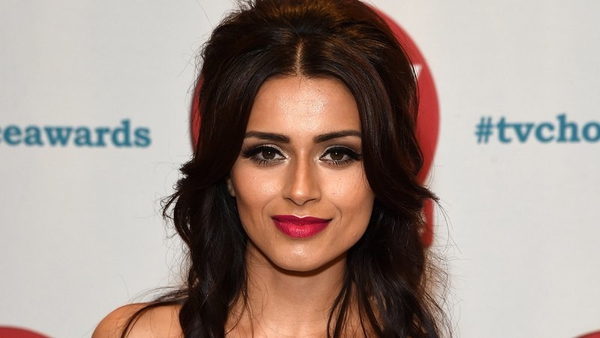