Britain's Princess Eugenie has married Jack Brooksbank at a ceremony at St George's Chapel in Windsor with over 800 guests in attendance. 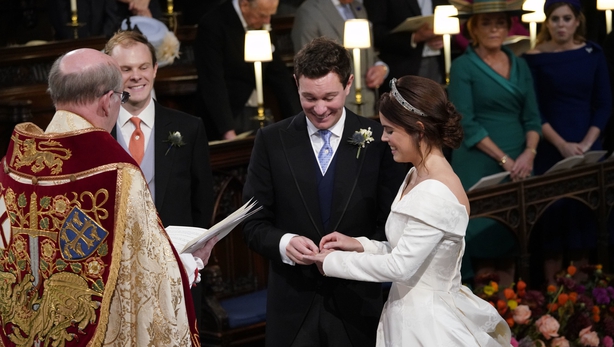 The 28-year-old's dress was designed by Peter Pilotto and Christopher De Vos.

Buckingham Palace said the low back feature on the soft white dress was at the specific request of Eugenie, who had surgery aged 12 to correct scoliosis and has scars on her back. 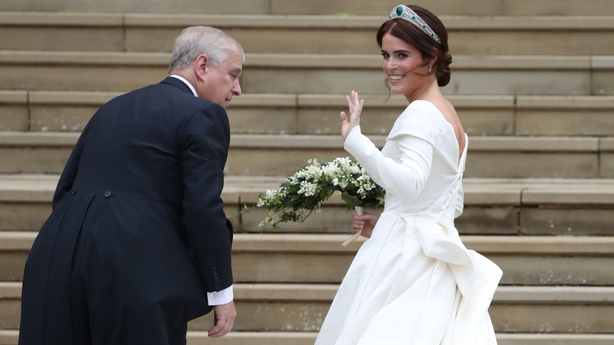 Eugenie's sparkling tiara was the Greville Emerald Kokoshnik Tiara, lent to her by her grandmother Queen Elizabeth.

The tiara is made of brilliant and rose cut diamonds pave set in platinum, with six emeralds on either side.

Eugenie's diamond and emerald drop earrings were a wedding gift from the groom.

On the dress are symbols of personal significance to Eugenie, including a thistle for Scotland acknowledging the couple's fondness for Balmoral, a shamrock for Ireland as a nod to the bride's Ferguson family, and the York Rose and ivy representing the couple's home. 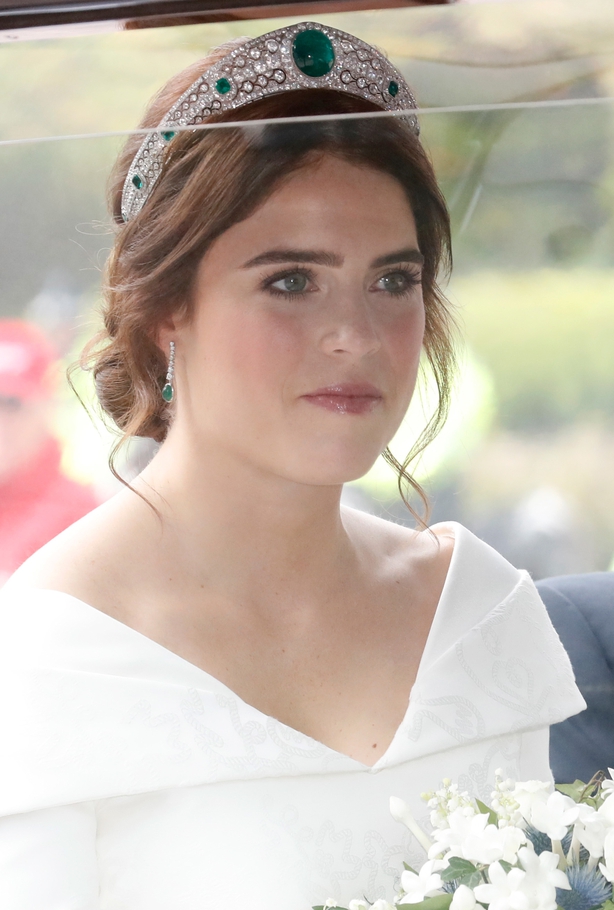 Jack Brooksbank, 32, is a drinks executive. The couple met while skiing in Switzerland eight years ago

Singers, supermodels and actors are among the star-studded guests attending the royal wedding including Kate Moss, Naomi Campbell and Cara Delevingne.

Their six-year-old daughter Theodora served as one of the bridesmaids.

Other singers at the ceremony of the ninth-in-line to the throne included James Blunt, Ellie Goulding, Ricky Martin, and Holly Candy, formerly known as Holly Valance, who was with her property developer husband Nick Candy.

The Duchess of Cambridge arrived with Prince William, wearing a dress by Alexander McQueen and a Philip Treacy hat. 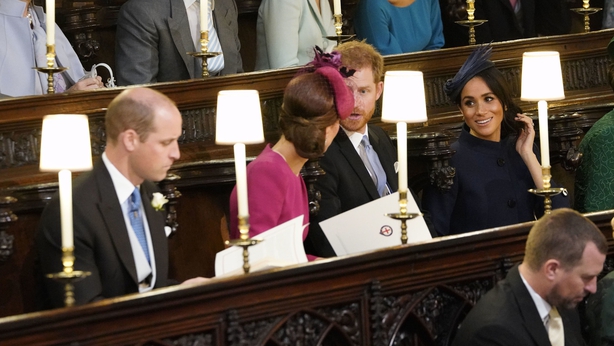 Meghan Markle, the Duchess of Sussex, who arrived with her husband Prince Harry, wore a navy dress and coat by Givenchy and a hat by Noel Stewart.

Harry and Meghan were married in the same venue just five months ago.

From the world of Hollywood were Lord Of The Rings and Armageddon actress Liv Tyler and Ghost star Demi Moore, wearing a dark jacket and long skirt and a burgundy dress and matching fascinator respectively.

The broadcaster Richard Bacon, who recently recovered from a coma following a life-threatening illness, and former footballer Jamie Redknapp were also among the guests, as was Evening Standard owner Evgeny Lebedev.