Coronation Street star Kym Marsh has revealed her nerves at being involved in a dramatic car chase on the soap, during which she did a lot of her own stunts.

In episodes to air next week, Marsh's character Michelle Connor will be forced to flee Weatherfield with her sons Ryan (Ryan Prescott) and Ali (James Burrows) when drug dealer Ronan (Alan McKenna) seeks revenge for their involvement in his son Cormac's overdose.

In a dramatic car chase, which will leave one character dead and another two fighting for their lives, Marsh does much of the driving herself, collaborating with a stunt team who were used for the external shots.

"I'm surprised anyone let me behind the wheel of that car! It was great fun," Marsh said of the experience.

"I didn't realise how much of the driving I was going to be able to do. I was a little bit nervous but, you know, I was supposed to be anyway so it helped... The fact it was nerve wracking actually added to the scene!"

The 42-year-old actress added that it was challenging "trying to do all the things they'd told me to do stuntwise and remember my lines."

Coronation Street continues on Virgin One and ITV at 7.30pm on Wednesday. 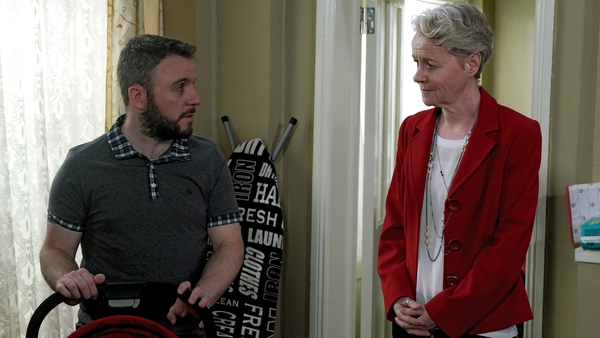