Model Hailey Baldwin has said she is "not married yet" to singer Justin Bieber, despite reports that the couple married in New York City on Thursday.

US celebrity magazine People had said it had been told by "a source close to the couple" that they had obtained their marriage licence.

"They went ahead and did it without listening to anyone," said the source.

People also said "a religious source spoke to the family" and that the couple were married at the New York City Marriage Bureau.

However, Baldwin took to Twitter on Friday night to write: "I understand where the speculation is coming from, but I'm not married yet!"

I understand where the speculation is coming from, but I’m not married yet!

People then quoted "a friend of the couple" as saying that Baldwin "feels a civil ceremony and their 'real' wedding are two separate things".

It also added another quote from the religious source who said: "What happened at the courthouse is a courthouse thing - a legal thing. But marriage is two people making a vow before God and the people they love."

This source had earlier told People that a religious ceremony was also planned.

"They're going to have a big blowout, in front of God and everyone they love," they had said.

Earlier, celebrity website TMZ said it had been told by "sources connected to the couple" that a "super small ceremony" would take place as early as next week, possibly in Bieber's native Canada.

In July, Bieber confirmed his engagement to Baldwin in an Instagram post, describing her as "the love of my life".

Twenty-four-year-old Bieber wrote of his 21-year-old bride-to-be: "Was gonna wait a while to say anything but word travels fast, listen plain and simple Hailey I am soooo in love with everything about you! So committed to spending my life getting to know every single part of you loving you patiently and kindLY. (sic)"

He continued: "You are the love of my life Hailey Baldwin and I wouldn't want to spend it with anybody else. You make me so much better and we compliment (sic] each other so well!! Can't wait for the best season of life yet!. It's funny because now with you everything seems to make sense! The thing I am most excited for is that my little brother and sister get to see another healthy stable marriage and look for the same!!!" 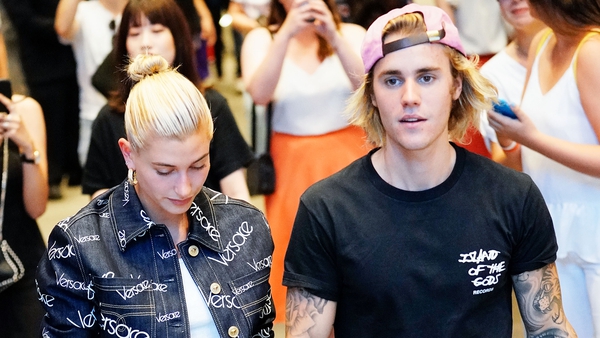