Bryan Ferry has said he is "saddened and shocked" by the death of his former wife Lucy Birley, who passed away on Monday at the age of 58 while on holiday in Ireland.

The former model and society heiress married Ferry in 1982 and they divorced in 2003.

The Roxy Music frontman, who is due to play Trinity College this Friday, wrote on Twitter: "I'm much saddened and shocked by this tragic news of Lucy's death. The family request that our privacy be respected during this difficult time."

"I’m much saddened and shocked by this tragic news of Lucy’s death. The family request that our privacy be respected during this difficult time." Bryan Ferry

A statement on behalf of her current husband Robin Birley and her four children with Ferry said: "On Monday Lucy Birley (nee Helmore) passed away whilst on holiday in Ireland, surrounded by her beloved dogs, Daisy, Peg and Daphne.

"Her husband Robin, and her sons - Otis, Isaac, Tara and Merlin - are understandably devastated and request that their privacy be respected during this difficult time."

No further comment will be given, a family spokesman said.

The former model and society heiress Birley married Ferry in 1982 and they divorced in 2003. She posed as the cover model for Roxy Music's 1982 album Avalon.

In 2011, she told The Guardian that she retreated from public life following the breakdown of her 21-year marriage to Ferry and for other personal reasons, including the furore around their son Otis's storming of the Commons chambers to protest against the fox hunting ban.

She told the newspaper: "I didn't want to be put in the spotlight.

"My family's attitude to the press and publicity was very much that it was frowned upon. You only appeared in papers if you were born, married or had died. That affected me when I got married to Bryan.

"I didn't want to reveal myself and, actually, probably there wasn't much to reveal at that point." 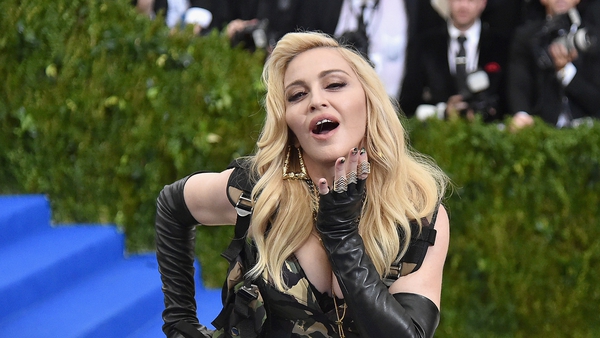 Clean Bandit would 'love to work' with Madonna