Cheryl has been filming scenes for the new children's film Four Kids and It at Dublin venue The Helix.

The Irish Sun reports that the singer and talent show judge was photographed on set in Glasnevin with one of her co-stars, The Crown's Matthew Goode.

Cheryl on set of "Four Kids and It" yesterday in Dublin, to film her cameo! #2
©Splash pic.twitter.com/DbQw4gXkVu

Four Kids and It has Father Ted director Andy De Emmony behind the lens with Russell Brand, Michael Caine and Mission: Impossible's Paula Patton also among the cast.

Adapted from the Jacqueline Wilson book Four Children and It, Four Kids... tells the story of youngsters who discover that their beach holiday is really a getting-to-know-you bonding trip set up by their respective parents, new couple Alice (Patton) and David (Goode).

During a bust-up, the children stumble upon a magical creature, It (voiced by Caine), who will grant them a wish every day.

Brand plays Tristan, the local villain who wants to capture It.

The Irish Sun says Wexford will double for Cornwall in the film, which began shooting in Ireland last week.

The paper says no details have been released about Cheryl's role in the family adventure. 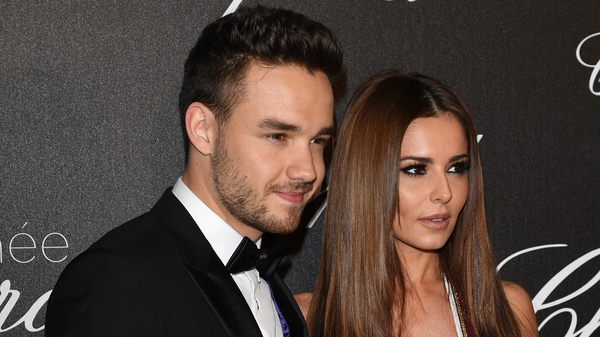