Actress Bonnie Langford has confirmed that her character Carmel Kazemi will be leaving the Square in the next couple of months.

Langford, who joined the soap in 2015, will depart Albert Square as her character struggles to cope with son Shakil's violent death.

The teenager was stabbed in what Langford said was the toughest storyline of her career.

Confirming she was leaving, Langford told the Daily Mirror that she was honoured to be part of the show.

The 53-year-old said: "I've had a wonderful three-and-a-half years at EastEnders and it's been a privilege to be part of such an iconic show.

"My storyline has been such an incredible experience and I'm honoured to be part of something so powerful and poignant.

"However, I've known since the beginning of this storyline it would always lead to Carmel having to take a break from Walford."

Following her on-screen son's death, Langford's character initially refused to attend the funeral during a special episode that aired on July 6.

The scenes from the service were interspersed with accounts from the parents of real-life victims of knife crime, who shared their own stories of losing a child.

Langford hoped the episode would prompt a discussion about the current rate of knife attacks in the UK.
Langford, who joined the soap in May 2015, added: "I'm not leaving just yet, there's still plenty more to come from Carmel."

The actress won Best Newcomer at the British Soap Awards in 2016 and according to reports her character will not be killed off, leaving the door open for a return. 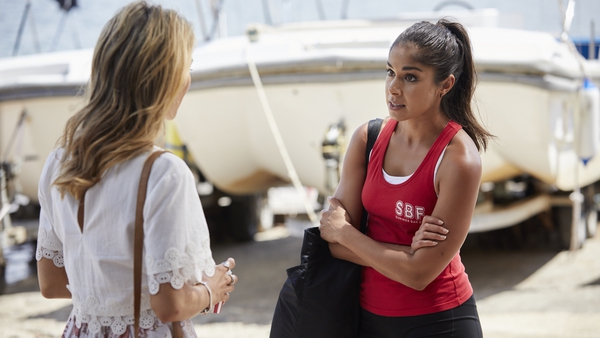 Jasmine confronts Willow on Home and Away Soaps