Britain's Prince Harry and Meghan Markle's two-day visit to Ireland continues today and they kicked off the morning by greeting President Michael D Higgins, his wife Sabina and their much loved Bernese mountain dogs, Bród and Síoda at Áras an Uachtaráin.

The royal couple's jam-packed itinerary started out on Wednesday morning at the President's official residence in the Phoenix park, where they had big smiles as they posed for photos on the steps. 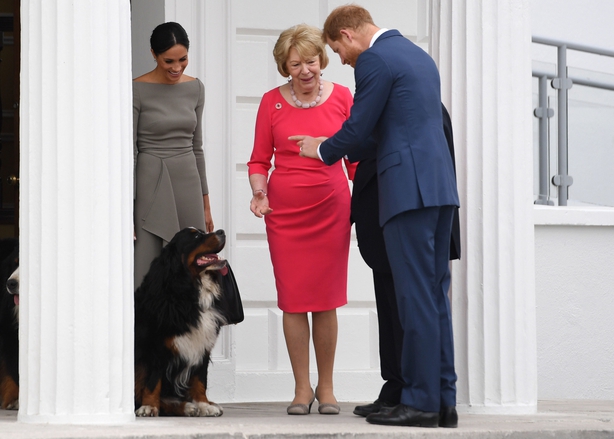 Kensington Palace tweeted thanks to the President of Ireland, his wife and to their dogs for the "warm welcome".

Thank you to the President of Ireland Michael D. Higgins, Mrs Higgins (and Bród and Síoda!) for the warm welcome at Áras an Uachtaráin #RoyalVisitIreland pic.twitter.com/SeDS0LThJ5

Meghan stepped out in a taupe green dress by Roland Mouret and black velvet court shoes for the engagement.

The royals also posed for photos inside the Áras, where Harry joked that football would "most definitely be coming home" when England take on Croatia in the World Cup semi-final this evening.

The couple next headed to Croke Park to visit to the GAA Museum and meet some young GAA players. Meghan had a quick outfit change into a slightly more casual look, a black trouser suit and white t-shirt. 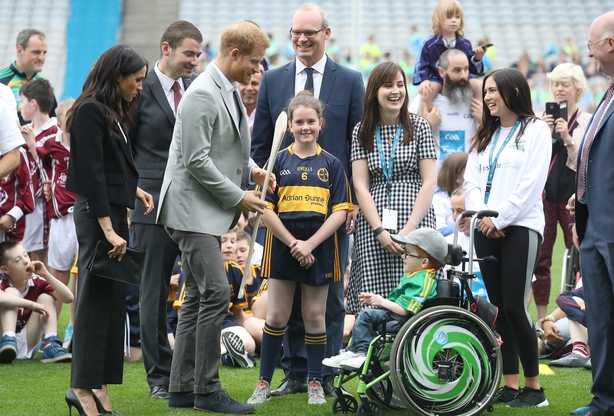 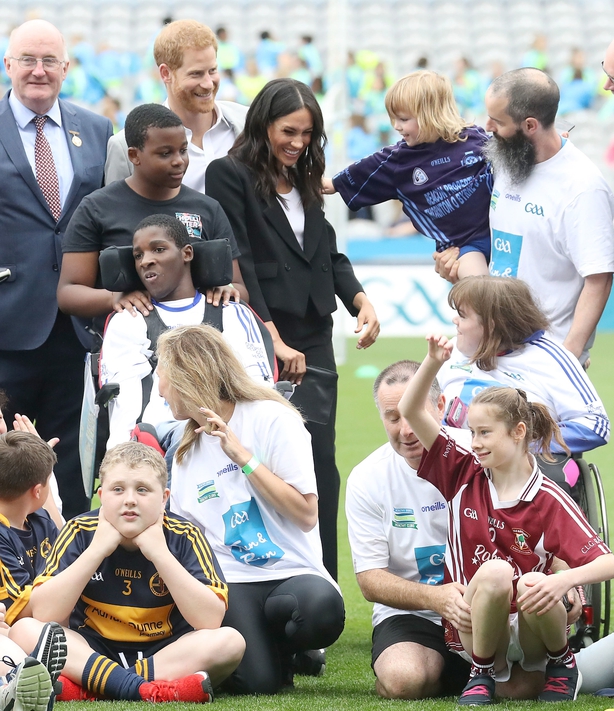 Tánaiste Simon Coveney and Minister Brendan Griffin explained the rules of GAA to the Duke and Duchess.

The couple then embarked on a walk around Trinity College where they viewed the Book of Kells.

Outside Trinity they met with members of the public who had gathered to see them on their visit to the university. 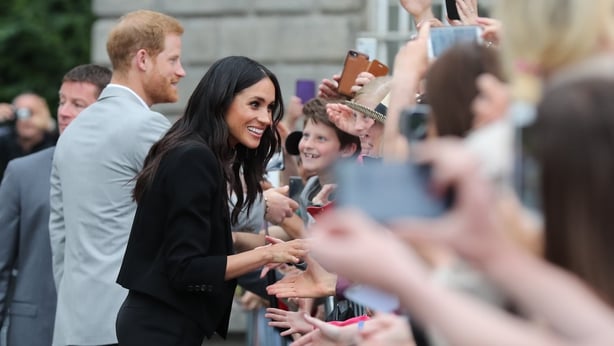 From there, the couple went to visit the Famine memorial and EPIC - the Irish Emigration Museum - at the CHQ building on Dublin's Custom House Quay. 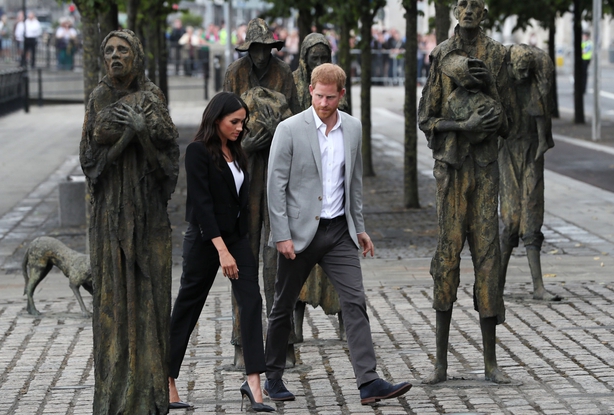 Harry and Meghan did a short walkabout outside the entrance to the CHQ building in the afternoon and were treated to some entertainment by students of the British and Irish Institute of Music.

Harry gave his first address of their trip on Tuesday evening at a garden party in the British Ambassador to Ireland's residence in Glencairn where he said they are "so pleased" to be making their first official international trip as newlyweds in Ireland.

When the couple touched down in Dublin, they both gave a nod to Ireland  with Meghan wearing a green dress and Harry donning a green tie. 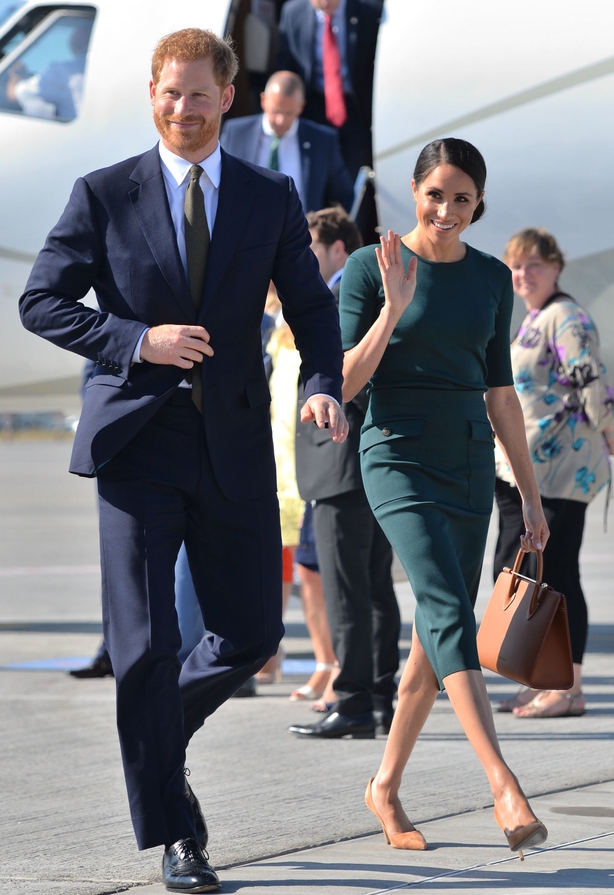