Bucks Fizz singer Jay Aston fears she may lose her voice after being diagnosed with mouth cancer.

The 57-year-old Eurovision winner discovered she had pre-cancerous cells in April and is now preparing for surgery to remove a portion of her tongue.

While doctors are hopeful that the cancer has been caught early and remain confident Aston will be able to sing again in a year, they have warned if more cancer is found and they have to remove a larger portion of her tongue, it could affect her ability to sing and talk.

Aston, who lives in Kent with her musician husband Dave Colquhoun and her 15-year-old daughter Josie, said she wants to stay strong for her family and her bandmates.

"The first thing I said (after the diagnosis) is, 'I want to be here for her.' After they told me, I got on the train and bawled my eyes out."

Aston diagnosis came about after she sought medical attention for an auto-immune condition, lichen planus, which had manifested as a rash on her tongue.

Aston has been performing gigs with her original bandmates Mike Nolan, 63, and 64-year-old Cheryl Baker.

She is determined to keep performing and before undergoing a biopsy on her tongue, Aston recorded vocals so she could mime over them at gigs.

Aston added: "The thought of rejoining the band is now keeping me going. Being on stage with them is my happy place. Whatever you go through, it doesn't matter when you are on stage."

Four years after Bucks Fizz won Eurovision with Making Your Mind Up, Aston left the band in 1985.

The band decided to re-form in 2004 but Nolan, Aston and Baker became involved in a legal battle with their former bandmate Bobby G.

Eventually, the trio performed under the name The Fizz and are currently working on an album deal. Bobby McVey performed with the band until January this year, but left stating difficulties with travelling back and forth to the UK from his home in Italy. 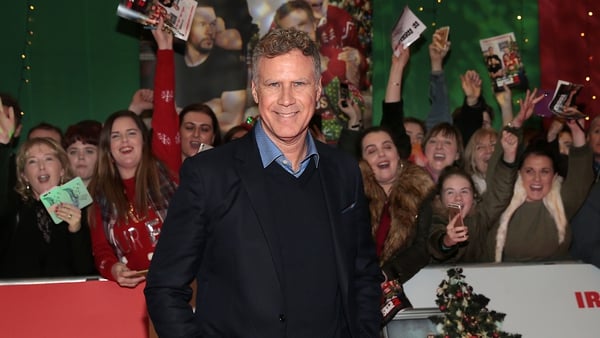 Douze Points! Will Ferrell signs up for Eurovision film