Kim Kardashian West has returned to Paris in what is believed to be her first visit since she was robbed at gunpoint in the French capital more than a year-and-a-half ago.

The reality star was among the guests at the Louis Vuitton Men's Spring-Summer 2019 presentation.

She was joined in the front row by her husband, rapper Kanye West, and her half-sister, Kylie Jenner.

Kardashian West shared the news with her 113 million Instagram followers that she was in Paris by posting a photo of croissants on her Instastory, accompanied by the caption: "Bonjour." She followed up later with a picture of the Eiffel Tower.

Kardashian West also took time to praise Louis Vuitton's new artistic director, Virgil Abloh, a former classmate of her husband who has also collaborated with him.

"Congrats @virgilabloh on your history making @LouisVuitton Men's Show!" she wrote, wearing a blue outfit designed by Abloh in the accompanying pictures.

Kardashian West was robbed at gunpoint in a private residence in Paris in October 2016 by five armed men disguised as police officers, who made off with millions in jewellery. She was tied up and locked in a bathroom during the raid. 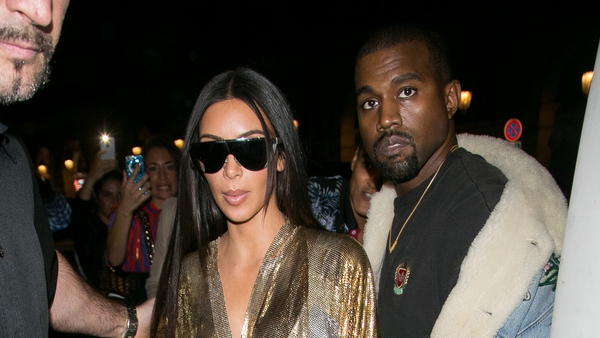