If you're checking out the sofa at any stage this weekend, here are some tips on what's worth watching on the box between Friday and Sunday night. Remember: there's much more to TV than the World Cup . . .

As Robbin' Season dawns on Atlanta, things escalate when Earn and Darius pay a visit to Earn's uncle Willie, who's also known as The Alligator Man, to defuse a domestic disturbance.

The Donmar Shakespeare Trilogy begins with an all-female production of Julius Caesar led by Harriet Walter.

Set in a women’s prison, the production asked the question: who owns Shakespeare?

The film versions were shot live in a specially built temporary theatre in King’s Cross in 2016, and offer TV audiences a unique access to these ground-breaking productions.

It's the second season of this intense drama from the Netherlands.

Steef is in jail but doesn't plan on staying behind bars for long, and after a daring prison escape, he has two priorities: finding his son and taking revenge.

After the premiere of episode one on Channel 4, the full second season will be immediately available on All 4, where the first season is already available.

Olivia Colman and co bow out with a one-off special of this dark sitcom, stepping away from the present and transporting viewers instead to a place of peace.

Simultaneously haunting and full of hope, this standalone finale breaks with traditional narrative form to give the show's characters the freedom to decide their own fate.

Combining impressions of politicians and celebrities with observations on modern life, Tracey Ullman once again puts her unique spin on the headlines.

This week, Jeremy Corbyn prepares for his gig of the century - Labour Live; Rupert Murdoch (Ben Miller) gets a Father’s Day surprise from Jerry, and there’s more from Angela Merkel, Theresa May and Michael Gove.

Season one ends with a double bill (on hte same night season two starts on FOX) as Van talking Earl into posing as her husband when they visit her rich friend's house. Later, earn's hunt for his favourite jacket leads him into all sorts of bother.

A nuclear attack sub spells trouble for Five-O and things get worse when they uncover a Russian spy ring.

The team heads to Mexico in a dangerous bid to rescue Mosley's son.

Set It Up, from Friday, Netflix

The pair of matchmakers don't just set up their bosses but end up forming their own little bond. Working might be what their life revolves around at the start, but can that change into something new?

Here's a gala concert that salutes the extraordinary career of singer/songwriter Elton John, which was recorded on January 30, 2018, at Madison Square Garden in New York.

Various artists - including Miley Cyrus, Kesha, John Legend, Chris Martin, Shawn Mendes, Ed Sheeran, Sam Smith and SZA - gathered to pay tribute to Elton John, who also took to the stage to perform a selection of his many hits.

It's pretty much an Ocean's 8 special this week as Graham welcomes Cate Blanchett, Helena Bonham Carter and Sandra Bullock. Music comes from Years and Years.

The setting is an eerie LA 30 years after the events of the original film, with Ryan Gosling following in the footsteps of Harrison Ford’s Rick Deckard as Blade Runner K – tasked with hunting down and 'retiring' rogue first-gen androids known as replicants.

Blazing Saddles, 12.25am Saturday/Sunday, RTÉ One

One of Mel Brooks' greatest films – nothing beats The Producers – and one that wouldn't get green-lighted if it were pitched today.

From racist townfolk to farting cowboys, Madeline Kahn as Lili von Shtupp to Alex Karras as Mongo, this satirical western is one of the funniest comedies ever made - and probably the most politically incorrect.

One of the greatest TV sitcoms ever made, you'd be doing yourself a big favour by soaking up this classic show, which comes in glorious monochrome.

The original 'show within a show', it focused on the work and home life of Rob Petrie (Van Dyke), a TV comedy writer on the fictitious The Alan Brady Show. 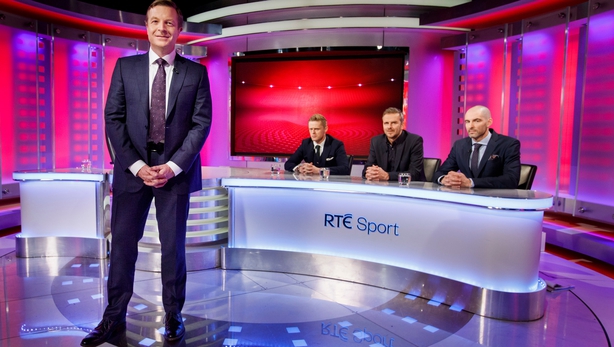