Comedian Lee Ridley - aka Lost Voice Guy - has said he wants to "travel the world and make people laugh" after his triumph in the final of Britain's Got Talent on Sunday night, which saw him taking home £250,000 and a slot at the Royal Variety Performance.

Ridley, who has cerebral palsy, uses a machine called a Lightwriter to speak and pre-records sentences as part of his self-deprecating routine.

The 37-year-old, from Consett near Newcastle, saw off the challenge from 10 other acts in Sunday night's final, which was decided by public vote. Another comedian, Robert White, was the runner-up, with singer Donchez Dacres finishing third.

After his win at London's Hammersmith Apollo, Ridley said he had been "blown away by the support of the judges and the general public". Judge Alesha Dixon said his victory would "inspire so many people".

Show boss and fellow judge Simon Cowell said he was thrilled that Ridley was the winner.

"You so deserved this," he said.

"I'm very excited to perform in front of the Queen," said Ridley after his win.

"I've loved her since she sang Bohemian Rhapsody."

Speaking about his travel plans on spin-off show Britain's Got More Talent, Ridley added that he would spend his prize money on a Geordie accent for his iPad.

Ridley studied journalism at college and worked in a number of media organisations before becoming a professional comedian.

He first performed at the Edinburgh Fringe Festival in 2013 and won the BBC New Comedy Award in 2014. Following his win, he starred in and co-wrote the BBC Radio 4 sitcom Ability.

Irish priest Father Ray Kelly missed out on a place in the Britain's Got Talent final in the last of the semi-finals on Friday night. 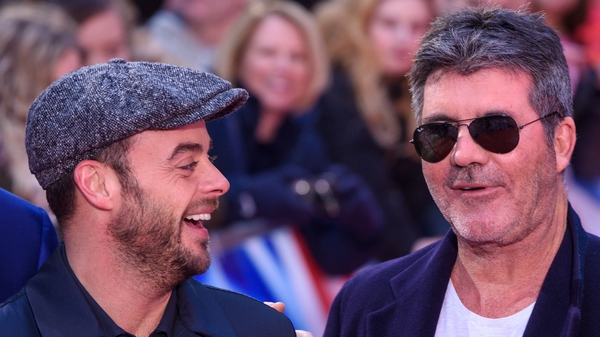