"Sir Elton John has performed at the lunchtime reception for guests celebrating the wedding of Prince Harry and Ms Meghan Markle," the statement said.

"Prince Harry asked Sir Elton to perform at the reception which was hosted by Her Majesty The Queen at St George's Hall, Windsor Castle.

"Sir Elton performed for the newly married couple in recognition of the close connection he has with Prince Harry and his family." 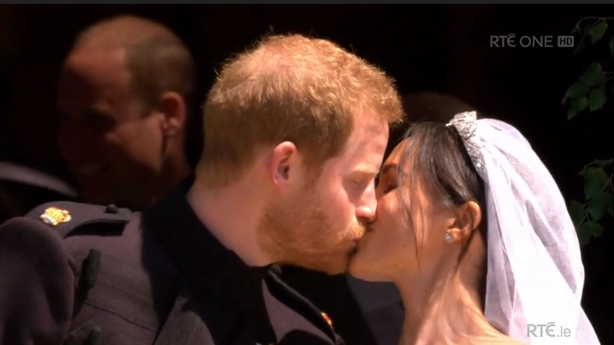 According to TMZ, Elton sang his 1970 hit Your Song - which Ellie Goulding performed at Harry's brother William and Kate Middleton's wedding.

Drinks on the menu included Pol Roger Brut Reserve Non Vintage Champagne, a selection of wines, and a range of soft drinks including an apple and elderflower mocktail, made with the same elderflower syrup used in the couple's wedding cake.

Later, Harry and his new wife Meghan left Windsor Castle in an open-top classic sports car for their evening wedding reception at Frogmore House on the Windsor estate.