Coronation Street star Shayne Ward has said that the tragic death of his character Aidan Connor is "more than just a storyline", and has urged men who are experiencing mental health problems to seek help.

In a special hour-long episode to air next Wednesday (May 9), viewers will discover that Aidan has taken his own life as Coronation Street tries to raise awareness of the issue of male suicide and encourage men to talk.

Speaking on ITV's This Morning on Tuesday, Ward said he was "full of different emotions" when he learned of Aidan's death before Christmas.

"I was instantly scared," he admitted.

"I was nervous and completely heartbroken, because I knew that this was more than just a storyline. I knew the impact that it's going to have on the public when it's aired. I think it's amazing that Coronation Street is covering this."

An emotional Ward said that "there were these little moments playing out" in Aidan's life which would come into focus following his passing.

"That's the message that we're trying to get out: that sometimes it's not as plain to see; you have to look a little bit deeper. But all the signs were there with Aidan."

"But he didn't talk to anyone," said Good Morning host Phillip Schofield.

"He didn't," replied Ward. "That's the scary thing about it... The second episode on Monday, that'll be my final episode, but then everyone will be able to see the times he could've spoken to somebody, but he just felt like he couldn't."

Ward was joined on This Morning by Simon Gunning, the CEO of UK male suicide prevention charity CALM, who described Coronation Street addressing the issue as "brilliantly positive".

"What we find very clearly with your character, and also with the other characters in the story as it progresses on Coronation Street next week, is that inability for men to communicate - to actively seek help, but even just to unburden themselves and to talk to people about how they're feeling - leads to this kind of isolation," said Gunning.

"In all the darkness of the subject matter, what you're doing is brilliantly positive, because what we're saying is talking will help. That's talking about, certainly, your issues as a human, but also as a society."

When Schofield said some people would take issue with Coronation Street addressing the issue, Gunning replied: "Other stuff that we've done hasn't worked. Where is the right place to do it? Other than talking to people in their homes with people they recognise, they understand. There's kind of an intimate relationship with your [Ward's] character. There's an understanding." 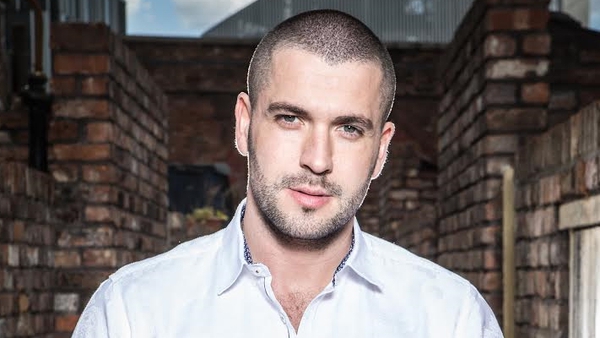