Seventies pop superstars Abba have recorded new music and said, "We may have come of age but the song is new."

The Swedish band, who dominated global music charts between 1974 and 1982, said two new songs, which will be released in December, were the "unexpected consequence" of their virtual reality tour.

In an official statement posted on Instagram the band announced the news that will delight millions of fans worldwide.

"The decision to go ahead with the exciting Abba avatar tour project had an unexpected consequence," they said.

"We all four felt that, after some 35 years, it could be fun to join forces again and go into the recording studio. So we did.

"And it was like time had stood still and that we had only been away on a short holiday. An extremely joyful experience!"

They continued: "It resulted in two new songs and one of them I Still Have Faith In You will be performed by our digital selves in a TV special produced by NBC and the BBC aimed for broadcasting in December.

"We may have come of age, but the song is new. And it feels good.

Abba's Bjorn Ulvaeus previously said the band would never perform again because it would be "too enormous".

He told the Press Association it was "not going to happen", adding: "I think we don't feel the motivation.

"The four of us, with live concerts, no. The simple answer is because we don't want to.

"Why don't we want to? I guess because it would be such hassle, it would be enormous. And it would take such... you cannot imagine the tension and the attention from everyone.

"So it would be like robbing yourself of, perhaps, two or three years out of your life when I could be paddling on my surf ski in the archipelago of Stockholm instead. There's a choice."

The Swedish pop group were catapulted to worldwide success after scooping the Eurovision Song Contest with their song Waterloo when the event was held in Brighton in 1974. 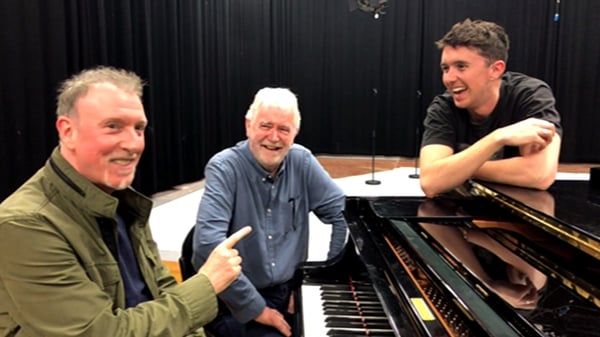