The Rolling Stones show in Croke Park this May will be the longest of the band's upcoming European tour, according to the band’s long-time tour manager.

He also said that the band have wanted to return to Ireland to play a show ever since their last appearance here at Slane Castle in 2007.

"It’s been a little while since they’ve been here, I think Slane Castle was the last time we were here and they’ve always said they wanted to come back. They’re excited and yes, they do know how big Croke Park is.

The veteran band, who played their first show in Dublin in 1965, will launch the second leg of their No Filter tour in 80,000 capacity Croke Park on May 17 and then play shows in the UK, Germany, Berlin, France, the Czech Republic and Poland.

A limited number of extra standing and seated tickets are being released for the Dublin show and they will go on sale this Monday, April 23 at 9.00am.

"They’re rock `n’ roll all the way til the end. For us and out staff it’s like driving a Rolls Royce. You can’t be more honoured; they’re the best professional people, right up there at the top. "

Pre-production for the Croke Park gig starts on May 9 and goes all the way up to the day of the concert and Skjerseth says the venue, the biggest the band will play on the 11-date tour, has presented no unique production challenges.

"We’re working alongside the council on how we can bring the show in. No big challenges, everybody has been giving information so we’re moving along and we’re here to work alongside everybody."

Arizona man Skjerseth started working for the Rolling Stones 15 years ago. He began his career in 1979 and has also worked with Guns N’ Roses, The Eagles, Prince, AC/DC, and Black Sabbath among many other acts.

"They’re rock `n’ roll all the way til the end. For us and out staff it’s like driving a Rolls Royce."

The Stones’ Croke Park show will feature four video towers, one dedicated to each member of the band and a runway, which will run from the stage but Skjerseth says that the show will be about the music and not the visuals.

"The show is focused on the music and what the band are," he says. "There’s a runway that runs down the middle but there are no lifts or moving parts. Everything stands will still except the band.

The band start rehearsals for the tour next week and as well as working out set lists for the upcoming shows, the veteran act, who have been playing live for 55 years, will also be working on their stamina and fitness.

"They keep themselves fit and we bring people on the road to help that and maintain that," Skjerseth says.

Asked about the relationship between Glimmer Twins Mick Jagger and Keith Richards, he said; "It’s as good as it can be. They’re partners in a business, they’re working companions. They work together well, they talk to each other . . . they’re fantastic.

"They’re rock `n’ roll all the way til the end. For us and out staff it’s like driving a Rolls Royce. You can’t be more honoured; they’re the best professional people, right up there at the top. " 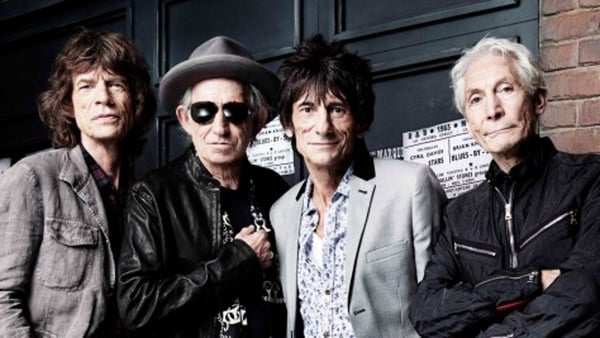