Britney Spears was presented with Glaad's vanguard award for promoting equality by Ricky Martin, who praised her as an "ally" to the gay community.

Speaking at the awards ceremony in Los Angeles the Grammy Award-winning singer said: ""I feel like our society puts such an emphasis on what's normal and to be different is unusual or seen as strange,

"But to be accepted unconditionally and to be able to express yourself as an individual through art is such a blessing.

Martin, 46, praised the "artist, fighter and friend" before handing her the award.

"She fights for acceptance in her own way," he said.

"She could be one of those stars with a huge LGBTQ following who says nothing and does nothing but instead she uses her platform to remind audiences around the world that intolerance is unacceptable."

"Britney got here before I did? The Queen should go last!" he said before thanking GLAAD "for putting me in a room with Britney Spears."

Also among the award recipients was Lena Waithe who was presented an honour for an episode of Master Of None by Halle Berry.

Waithe, 33, called for the whole community to come together and explained that she describes herself as queer to be more inclusive.

"When we stand together there's no weapon they can form that can harm us," she said.

The ceremony, hosted by actress Wanda Sykes, recognises and honours media for their fair, accurate and inclusive representations of the lesbian, gay, bisexual, transgender and queer community and the issues that affect their lives.

Britney attended the annual awards shortly after she congratulated her younger sister Jamie Lynn on welcoming her second daughter into the world.

Taking to Twitter the star wrote: "I could not be more excited to welcome baby Ivey to this world. Congrats to @jamielynnspears and the whole family - I love you all so much!!!"

I could not be more excited to welcome baby Ivey to this world. Congrats to @jamielynnspears and the whole family - I love you all so much!!! pic.twitter.com/o3M8IdSS4h

Jamie Lynn previously announced the news of the arrival on Twitter, writing: "Baby Ivey Joan Watson is here," along with a red heart emoji. 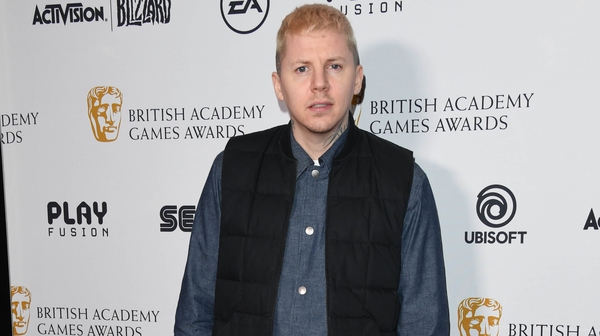