Ireland and Iceland's Eurovision hopefuls have been stoking up the rivalry between the two countries, telling RTÉ Entertainment that they "have been going at it for quite some time".

RTÉ Entertainment caught up with Ryan O'Shaughnessy and Ari Ólafsson at the Israel Calling Eurovision event in Tel Aviv and found them in the best of bantering form ahead of next month's contest in the Portuguese capital, Lisbon.

"Iceland, I think there is no competition there at all," said O'Shaughnessy. "Everyone else there is a bit of competition there, but Iceland is nothing to worry about. The thing is we don't really get along, me and Iceland."

"Me and Ryan have been going at it for quite some time," said Ólafsson of the rivalry. "He started being just a really horrible person!"

O'Shaughnessy said Eurovision fans need to know that there is "a bit of competition and a bit of aggression" between the two island nations this year.

"We will discuss this further in Lisbon," he added cryptically. "But, for now, tensions are heating between Ireland and Iceland..."

Not to be outdone, Ólafsson added: "We have claws and we are not afraid to use them!"

O'Shaughnessy, singing Together; and Ólafsson, performing Our Choice; will compete in the first Eurovision Song Contest semi-final in Lisbon's Altice Arena on Tuesday May 8.

The second semi-final takes place on Thursday May 10, with the final on Saturday May 12. 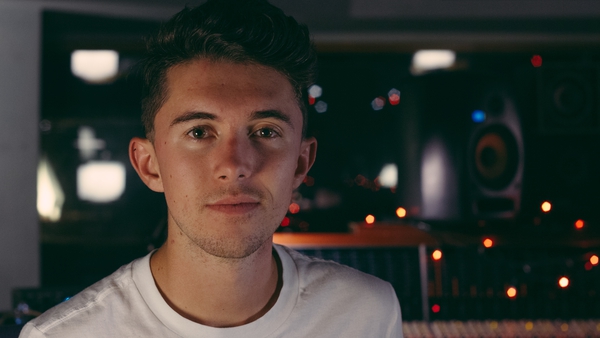