Eamonn Holmes was forced to walk off the set of Good Morning Britain after suffering a coughing fit during a live interview with Julian Clary.

The Belfast-born TV presenter was interviewing the comedian with co-host Kate Garraway during the final segment of the show when he apologised for the noise he was making.

Holmes said: "I'm sorry I've got one of these air-conditioned coughs."

He added: "I think what I might do is just leave and let you guys (carry on)."

Garraway had earlier paused during the interview to ask Holmes: "Are you alright, are you with us?" before Clary joked: "I'm trying to talk while Eamonn is coughing away!"

As he left the set Garraway told him: "Come back, come back and join us," as Clary added: "Will he ever be seen again?"

Garraway later joked to the guest: "That could be it. Are you the man to finish off Eamonn Holmes, Julian, with a strange allergic reaction?"

Holmes did not return to the set before the end of the broadcast, but did present This Morning with his wife Ruth Langsford later in the morning. 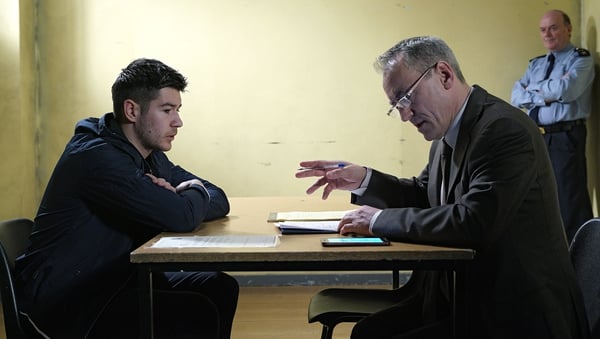