We've gone behind the scenes as Game of Thrones star Aidan Gillen prepares for his role as Irish comedy great Dave Allen in the new biopic Dave Allen at Peace, which airs on RTÉ One on Easter Monday at 9:30pm.

The eagerly-awaited drama explores "how Dave's comedy genius was shaped by the tragic loss of his father, his brother… and his finger.

"How he survived decades of the Roman Catholic Church's wrath, death threats from the IRA and a ban by Irish and Australian TV, only to have his television career end in controversy when he used the f-word in an innocuous joke."

Commissioned by the BBC in association with RTÉ, Dave Allen at Peace was written by Stephen Russell, whose credits include We're Doomed: The Dad's Army Story and Peaky Blinders. It is directed by Father Ted and Quacks director Andy De Emmony.

Best known for his hit shows Tonight with Dave Allen and Dave Allen at Large, Allen - born David Tynan O'Mahony - became a household name in Ireland and the UK in the 1970s and is considered to be one of the godfathers of modern stand-up. 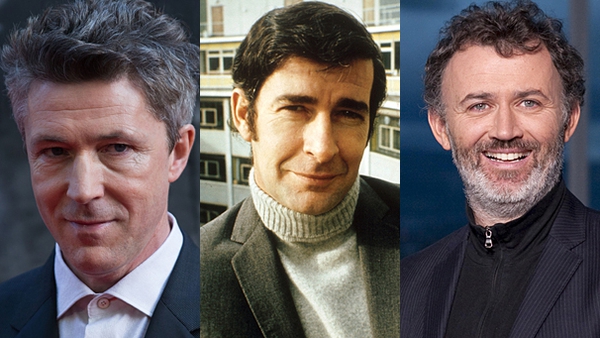