The cast and writers of Netflix hit Stranger Things have revealed details of the third season of the show including the return of "Dad Steve" when production begins this month and also that Back to The Future will be referenced in the new run.

Speaking at an event in the Dolby Theatre in LA, executive producer Shawn Levy said that the third season would take place one year after the second season, during the summer of 1985.

According to the Hollywood Reporter, Eleven (Millie Bobbie Brown) and Mike (Finn Wolfhard), and Lucas (Caleb McLaughlin) and Max (Sadie Sink), respectively, would all be couples at the beginning of the season.

"Mike and Eleven and are going strong, so that's a relationship that continues, and same with Mad Max and Lucas. But again, they're like 13 or 14-year-old kids, so what does romance mean at that stage of life? It can never be simple and stable relationships and there's fun to that instability." Levy said.

Stranger Things is set in the 1980s in the town Hawkins, Indiana, where a laboratory unleashes supernatural evils after a series of experiments. 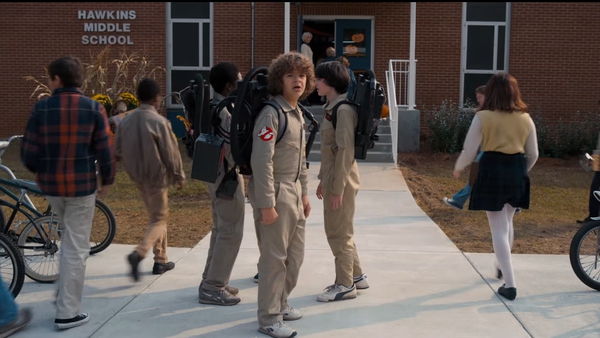