"You start to feel like a bit of an oddball," says David Kitt. "You spend years working on your own and you hide away and then you go out and share it with people and you play gigs and it’s more of a social thing, a connection with an audience but if you’re not getting that side of it, then it’s kind of a strange pursuit."

Kitt is reflecting on nearly 20 years as one of Ireland’s finest low-key singer songwriters. The Dublin musician, who is now 43, fumbled into the light in an era when post-White Ladder bedroom confessionals and folktronica was the sound du jour. Since then he’s released six albums, culminating in 2009’s career high The Nightsaver.

And then . . . well, and then nothing. Kitt always had huge critical acclaim and the respect of his peers but frustrated with the lack of return on his craft, David Kitt the melancholic but somehow ruefully buoyant electro folk performer all but vanished.

"It got to the point where I had maybe exhausted creative avenues but I’d also put so much of myself and my financial and creative resources into one thing that I hit a bit of a wall. I suppose and it became a bit of a dead end."

He was reborn as New Jackson, a more techno orientated act whose most recent album, the excellent From Night to Night, was nominated for this year’s Choice Award.

Now David Kitt is back with his first solo album under his own name in nine years. The playfully titled Yous is a fine record of gently unfolding acoustic imprecations and delicate love songs full of the warm instrumentation and simple truths that have been a hallmark of the Dublin songwriter's sound.

The record was largely made by Kitt at his Dublin home, in a "teeny attic room" although old friend and collaborator, Karl Odlum, pops up, and Margie Lewis’s violin plays a crucial role throughout the record.

This time, Kitt went into the studio with a whole new attitude. "The Nightsaver was the last time I made a record that I pinned all my hopes on really," says the softly-spoken and good-humoured singer.

"I’m lucky. I have great friends so I’m never too far from a bit of a reality check or being able to share my music in that way."

"I guess as a solo artist my main outlet for my creativity from the time I started was through making David Kitt records. It got to the point where I had maybe exhausted creative avenues but I’d also put so much of myself and my financial and creative resources into one thing that I hit a bit of a wall I suppose and it became a bit of a dead end.

"So much of this is based on certain stars aligning and having good fortune along the way and I still to this day think that The Nightsaver is a great record but you have to start to question the reality of maybe this is not meant to be your sole pursuit as an artist and maybe you have to start rethinking things.

"I got offers to work with other people around that time and that’s what I pursued so by the time I got to this new record, I had the New Jackson project on the go and that has a massive hand in restoring confidence I suppose."

With a classic Dublin title like Yous, it is a record rooted in Irishness and Kitt also decided to take a step back from some of the more personal writing of his earlier records and write from other people’s perspectives.

Yous has been met with the same critical acclaim as all of Kitt’s albums but there’s only so far critical acclaim and the respect of your peers (Kittser became something of a folk hero in Dublin back in the noughties) can go. Was he was seized with existential questions about why he was even doing what he does?

"I’m lucky. I have great friends so I’m never too far from a bit of a reality check or being able to share my music in that way," he says. "Me and Richie Jape are very much peers and we influence and inspire each other in a very healthy way and we’ve always been there for each other and I’ve plenty of other people too that people wouldn’t know.

"You’re making music to be shared. The process of making music is a beautiful thing that is a very solitary pursuit that I like to think I’ll be doing no matter what my chosen profession is as such. I don’t think the bug is ever going to go away. Deep down I hope to be a fulltime musician for the rest of my life but the idea is that you share it with people and try and get some kind of financial reward for it."

It’s not as if Kitt was exactly a tax exile driving a Merc back in early noughties but the industry has changed dramatically since he started out. The business model is broken and with it the old ways of making money have gone.

"When you look back at the seventies and there’s all these instrumental records coming out that have massive budgets and really big promo budgets, like all the Kraut rock records that came out and all the prog records with amazing artwork and gatefold sleeves. That’s like fantasy land for me and some of my peers.

"I’m working on a couple of side projects at the moment that I feel are on the level of those Kraut rock seventies records but there’s no way there going to get the reach or support that a record company would have given them back then so they’re destined to be an underground kind of thing.

"I don’t feel sorry for myself. There’s a Bob Dylan line, `luck is probability taken personally’ and that’s it. I’m not the exception; I’m the rule."

That’s a sentiment many musicians will chime with. Kitt has been playing and recording with Tindersticks as a fulltime member for some time. He’s also been producing other musicians’ work, exploring techno, disco, and house under his New Jackson moniker, remixing everyone from Shit Robot to The XX, and producing eclectic DJ sets and radio shows.

He’s reluctant to talk about his next project at the moment. He’s got a new album pretty much ready to go and another one just getting off the ground and he’s also working with David Grey again. In a couple of weeks he and Grey will be recording in Inverness in Edwyn Collins’ studio.

It looks certain Kitt’s chosen profession will, indeed, be as a musician for the rest of his life. "The one thing I will say is that I’ve done so many interviews and I hate reading them where I’m complaining about not making money," he laughs ruefully.

"I don’t feel sorry for myself. There’s a Bob Dylan line, `luck is probability taken personally’ and that’s it. I’m not an exception; I’m the rule."

Yous is out now All City Records. Order here. 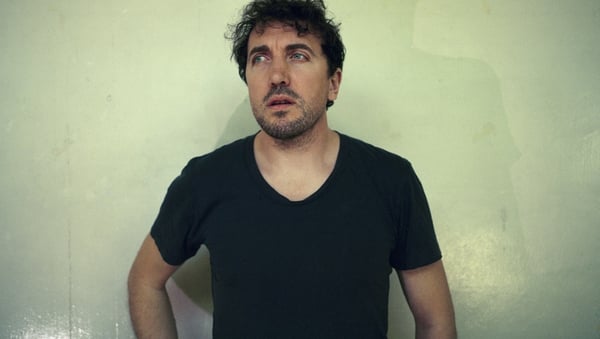